“The BioWare development team has also helped us design a fantastic deck of Dragon Age II playing cards. The detailed artwork captures the look and feel of the game and is a perfect addition to your Dragon Age game collection!” ~ Dark Horse

Dragon Age II is an action role-playing video game developed by BioWare, and published by Electronic Arts. It is the second major game in the Dragon Age franchise.

You can check them here. 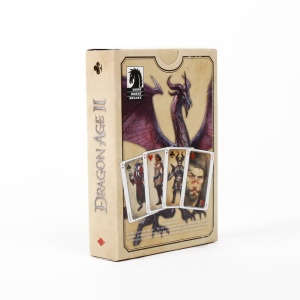 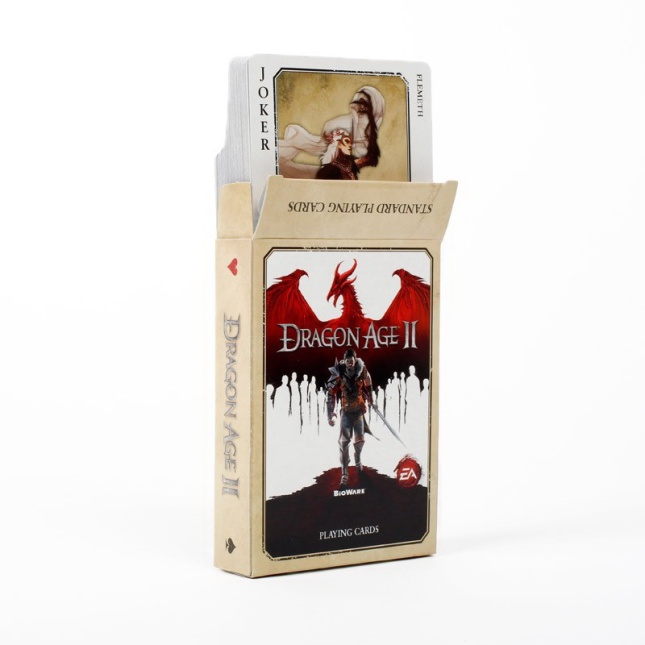