The American artist Stephanie Gonzalez got an assignment to design a playing card box with an New York City theme. Her designs for Metropolis playing cards were influenced by Art Deco architecture in New York City, specifically from the Empire State Building and Chrysler Building. The name “Metropolis” was not only chose because it is a nickname for New York City, but because the idea of a metropolis carries along an image of immense and beautiful skyscrapers. The main font chosen was also named “Metropolis”. © 2013 Stephanie Gonzalez

This can be an interesting playing card project in case of its completion. 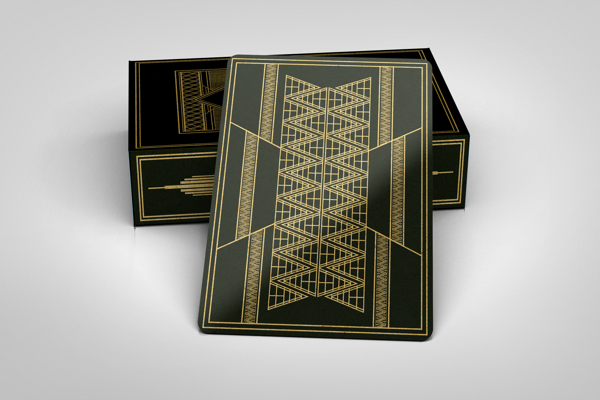