Katie Ann Chan chose the Evolution of Man as the theme for her Evolve Playing Cards (project). She displayed the progression of man on the suits. Different skulls were used to represent each stage of Man. Katie abstracted the skulls to create the suits for these playing cards and used a neutral color palette derived from flesh tones to underline her concept. Textures were applied to the solid background for a more humanistic bone consistency.

Designing Jokers, she decided to digress away from the scientific approach displayed in the main playing cards desig. Katie used Adam, Eve and the temptation of the apple for the religious facet. 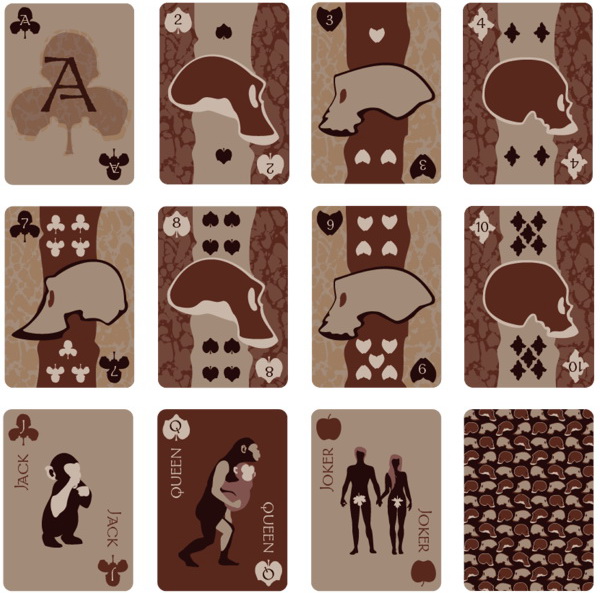 Each of the suits were created based on the skulls of the different phases of man. The skulls were rotated and positioned to match the traditional Clubs, Spades, Hearts and Diamonds suits. 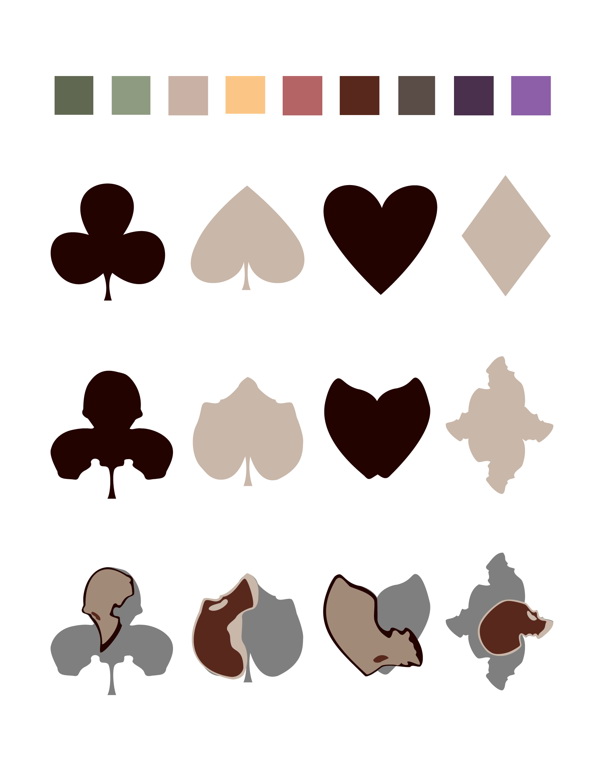