Imperial College London (The Imperial College of Science, Technology and Medicine) is a public research university located in London, United Kingdom, which specializes in science, engineering, medicine and business. Established on 08 July 1907, it became fully independent on 9 July 2007. Its main campus is located in the South Kensington (Albertopolis) area of Central London, with additional campuses in Chelsea, Hammersmith, Paddington, Silwood Park and Wye College.

The three main historic icons of the College are the Victorian lions, the Queen’s Tower, and the statue of Queen Victoria in the main entrance of the college. Beth Elzer, a British artist, decided to use them for composing 2014 Alumni Reunion invitations. She created a playing card visual theme to bring a sense of fun to the invitations.

The Ace of Clubs 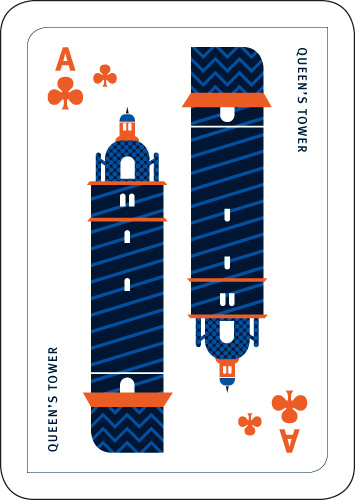