New playing card projects are popping up on Kickstarter regularly. RJ Tomlinson (Titanic Playing Cards, Gettysburg Civil Unrest Playing Cards, etc.) presents Pompeii Playing Cards. His custom poker playing cards are inspired by the novel, The Last Days of Pompeii, written by Edward Bulwer-Lytton in 1834. Mr. Bulwer-Lytton was an English novelist, poet, playwright, and politician. He devoted his novel to the tragedy of the city of Pompeii, the ancient Roman town-city near modern Naples, Italy. It was destroyed and buried under ash and pumice in the eruption of Mount Vesuvius in 79 AD.

See the playing card project on the “Kickstarter Projects” page. 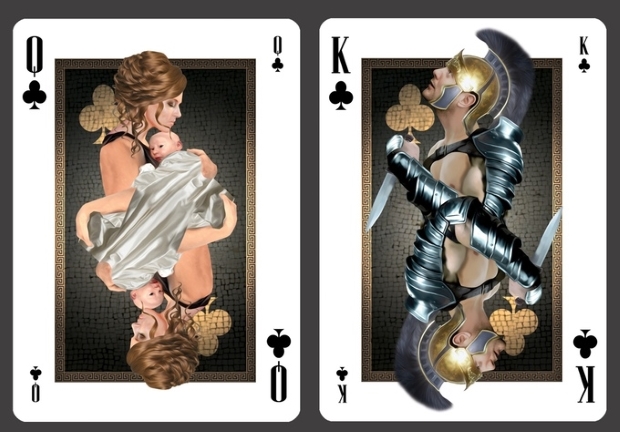 There are always some interersting playing card projects on Kickstarter. Today PlayingCardCollector.NET wants to draw your attention to Cultura Playing Cards by Mankin Chan. The deck has interesting cultural concept, and consists of 54 different artworks. It is inspired by the cultures of Italy, the Netherlands, USA, and China. Every suit is devoted to the country: Spades – Italy, Hearts – the Netherlands, Clubs – USA, Diamonds – China. Four cards of each number represent different categories: ace – flags, two – countries themselves, three – drinks, four – bread, five – dishes, six – sports, seven – transport, eight – houses, nine – landmarks, ten – animals. Jacks and Queens demonstrate traditional clothing and other specific cultural elements. Kings are represented by historical characters of appropriate countries. See it on the “Kickstarter Projects” page. 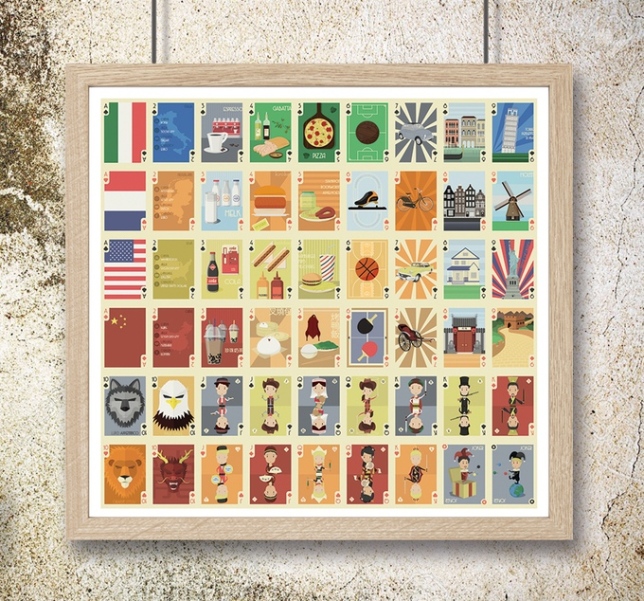 And don’t forget about other interesting playing card projects ending on Kickstarter:

END_OF_DOCUMENT_TOKEN_TO_BE_REPLACED

Traditionally the most interesting playing card projects are demonstrated on the “CROWDFUNDING DECKS” page and have their short introduction on the active pages devoted to different crowdfunding platforms. For active Kickstarter projects this is the “Kickstarter Projects” page.

Unfortunately, any changes on the above mentioned pages can’t be automatically reported unlike new posts on PlayingCardCollector.NET. So, only readers who regularly check appropriate pages can find out about new featured Kickstarter playing card projects before a separate post devoted to such project. Regular readers of PlayingCardCollector.NET know that the site tries to propose them extended interesting articles about appropriate playing card projects. It’s clear that such articles demand time and can’t be always posted at the start of each specific playing card project on Kickstarter.

This little collision has been disturbing PlayingCardCollector.NET for some time. The site always thinks about its usability, and tries to provide its readers, its main fortune, with reasonable comfort. That’s why a new category has been invented – “Kickstarter Digest”. This sort of posts should promptly cover all new Kickstarter playing card projects featured on PlayingCardCollector.NET. They will name the projects featured on the “Kickstarter Projects” page.  It doesn’t abolish extended materials 🙂

So, look below at these new projects and check the “Kickstarter Projects” page.

END_OF_DOCUMENT_TOKEN_TO_BE_REPLACED

Some crazy, but joyful skeletons arranged a party on my page devoted to active Kickstarter playing card projects. I am afraid the page can accept their mood. Then it may end like THIS… or even THIS. 😮

And I even don’t know how to get rid of this company. Maybe to give them money for some club 🙂

Posted by Collector on 13.05.2015 in Kickstarter, Post (Information) Update

Ace Collectable Cards (Justin) designed a deck of playing cards, The Four Seasons, to celebrate the four seasons. The four suits of it represent a different time of year while the standard fifty two card deck is used to represent each week of the year. This deck will have also four Jokers representing each season and devoted to four chosen backers of this Kickstarter campaign. All elements of this deck are custom. The designer tried to incorporate a lot of classic symbols of appropriate seasons into each suit of it. Courts resulted to be very emotional characters.

The Four Seasons playing cards are planned to be printed by the Expert Playing Card Company (EPCC). 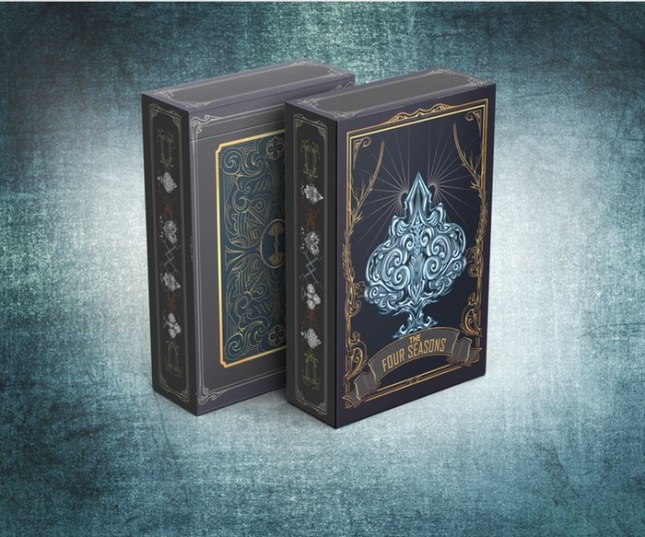 END_OF_DOCUMENT_TOKEN_TO_BE_REPLACED

Posted by Collector on 07.05.2015 in Expert Playing Card Company, Kickstarter

The owner of Midnight Cards, Randy Butterfield (Crown Deck: Luxury Edition, Ornate Playing Cards, Draconian Playing Cards, etc.) is a big fan of bowling. He decided to devote his new custom playing cards, Midnight BOWL-A-RAMA Decks, to this sport. There will be two decks of Midnight BOWL-A-RAMA: Red and Black. Court cards, backs and number cards will be different in both decks. Clothes of courts have different names of different bowling teams. All names will be unique for each deck. One of the most creative parts of these decks will be number cards. They feature pin bowling variations.

The decks are planned to be printed by the Legends Playing Card Company (LPCC). 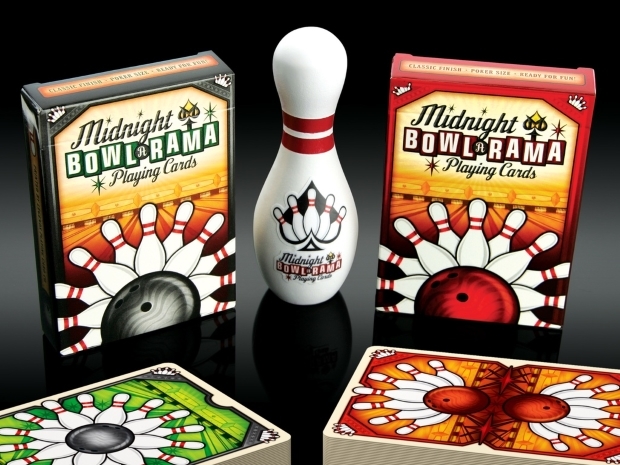 END_OF_DOCUMENT_TOKEN_TO_BE_REPLACED

Posted by Collector on 02.04.2015 in Kickstarter, Legends Playing Card Company