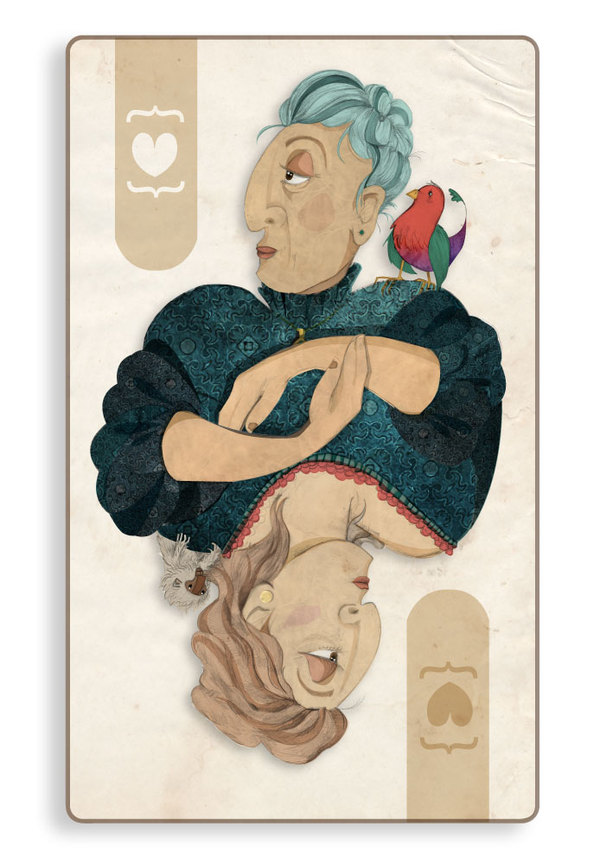 END_OF_DOCUMENT_TOKEN_TO_BE_REPLACED

Pedro Felipe Giraldo Mejia is a Colombian artist. He decided to create playing card artworks devoted to different incarnations of dragons. These cards look like artworks affected by different cultures because they have different stylistics. Dragons are symbolic not only in Eastern mythology. Quite often mythographers mark out two main cultural traditions of dragons: the European dragon, and the Eastern dragon. The first one comes from European folk traditions based on Greek and Middle Eastern mythologies. The second one is a composite creature combining different dragons from East Asia countries (Chinese dragon, Japanese dragon, and other dragons from appropriate countries which have their own peculiarities). So, the artworks look like a collection of both “draconian” cultural traditions.

END_OF_DOCUMENT_TOKEN_TO_BE_REPLACED

These playing card artworks were created by an American artist, Liz Rust. She decided that her playing card faces should depict peasants instead of royalty. Proceeding from faces of the characters, Liz believes that only animals have happy life in farm yards. Uneasy working days of peasants.

END_OF_DOCUMENT_TOKEN_TO_BE_REPLACED

Monica Lee, an American artist, designed this set of Spades playing card artworks as her class work in 2013. The project worked with watercolor and gouache on panel. She decided to turn shape of playing card suit into the imaginary vegetation of garden, where the Jack should be a gardener, the Queen should be a madam, and the King should be a child living in the house of the garden.

The final design is a set of pleasant semi-transformation playing cards.

Semi-Transformation playing cards by Monica Lee: The Five of Spades 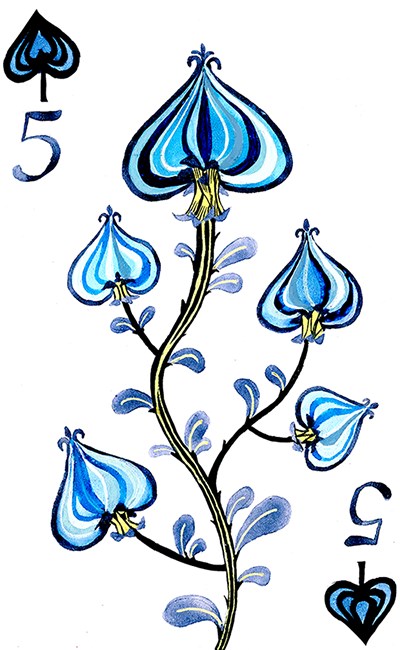