These playing card artworks were created by an American artist, Liz Rust. She decided that her playing card faces should depict peasants instead of royalty. Proceeding from faces of the characters, Liz believes that only animals have happy life in farm yards. Uneasy working days of peasants. 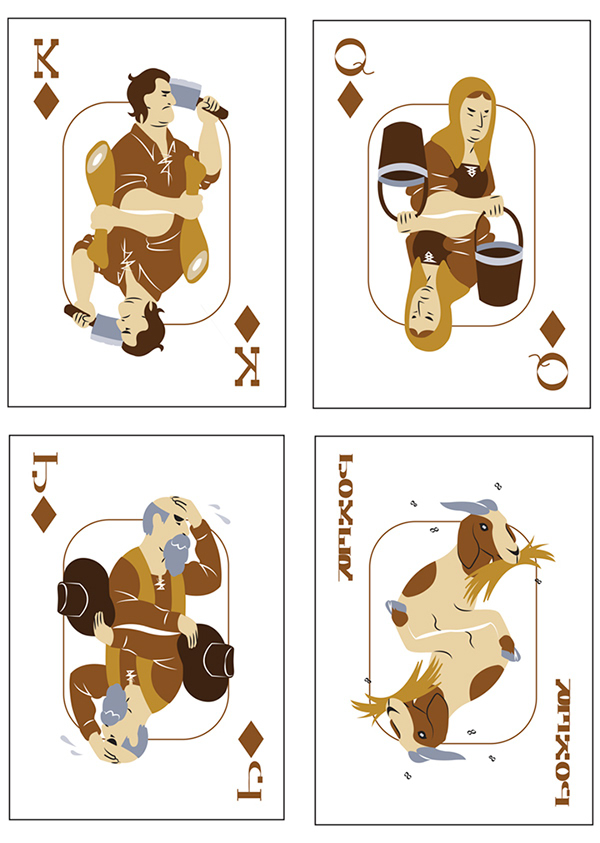