Vadim Smolenskiy designed his second version of Lumberjacks deck – Bicycle the Lumberjacks Playing Cards 2nd Ed. The first edition of Bicycle the Lumberjacks Playing Cards was successfully funded and produced in 2013. This time playing cards will be full of colours. This word comes from a bygone era (before 1945 in the United States).  It names workers in the logging industry who perform the initial harvesting and transport of trees for ultimate processing into forest products. 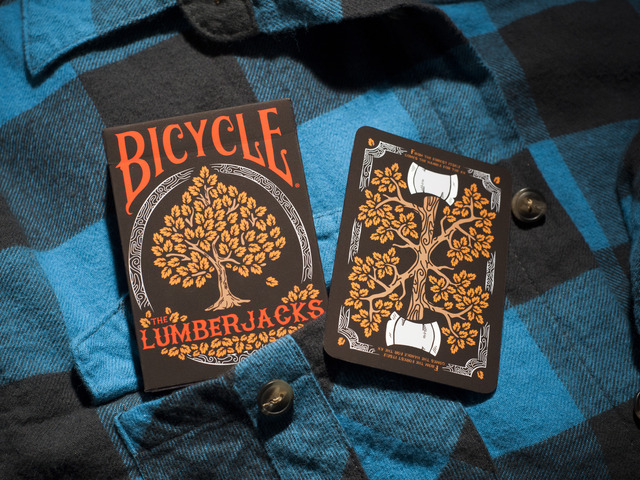