This deck was printed by Printissa (Saint Petersburg, Russia) in 2005. It was extremely limited run of 500 copies.

I am not absolutely sure but as I know Printissa was a collective of former employees of the Colour Printing Plant (1817-2004). The Colour Printing Plant had the same historic meaning for the Russian Empire, the USSR and Russia as the United States Playing Card Company had (has) for the United States. But while USPCC was and is mainly concentrated on playing cards for casinos and magicians/cardists, doesn’t have a lot of really and fully custom decks, CPP was mainly concentrated on fully custom artistic decks.

There are several notes about CPP’s decks on pages of this blog. Unfortunately CCP was closed in 2004. Several former employees organized Printissa and tried to go on with artistic decks. They printed several interesting decks. The company was reorganized into RusJoker (Saint Petersburg, Russia) in 2006. The last one was closed in 2008.

These playing cards were designed by Lev Liberman. As you can see Printissa kept the best traditions of CCP in designing of playing cards. The deck is dedicated to the north-western region of the Indian subcontinent – Kashmir. It is also called the Heaven on Earth because of its natural widespread beauty. So this deck is Lev’s artistic vision of Kashmir. 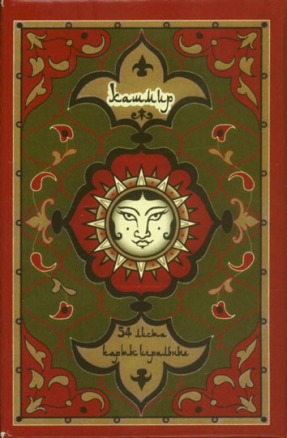 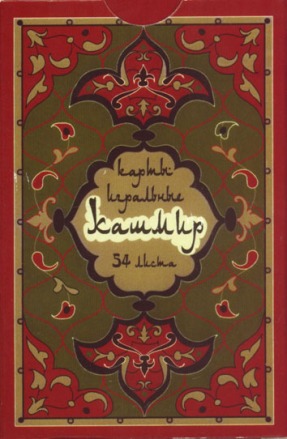