These playing cards were produced by Square Enix to celebrate the 25th Anniversary of their media franchise created by Hironobu Sakaguchi – Final Fantasy. The franchise centers around a series of fantasy and science fantasy role-playing video games video game. The first game in the series was published in 1987. Now it includes motion pictures, anime, printed media, and other merchandise.

Final Fantasy is quite popular theme for playing cards – read about other playing card projects and artworks devoted to it: a) Blackjack Casino Playing Card Deck by Laura Wilson and Fangamer.net; b) Jack and Queen of Hearts by Lenka Vraždová. 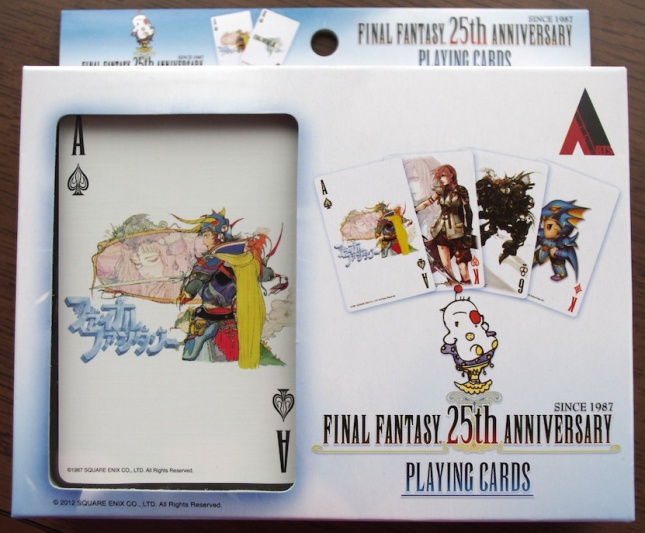 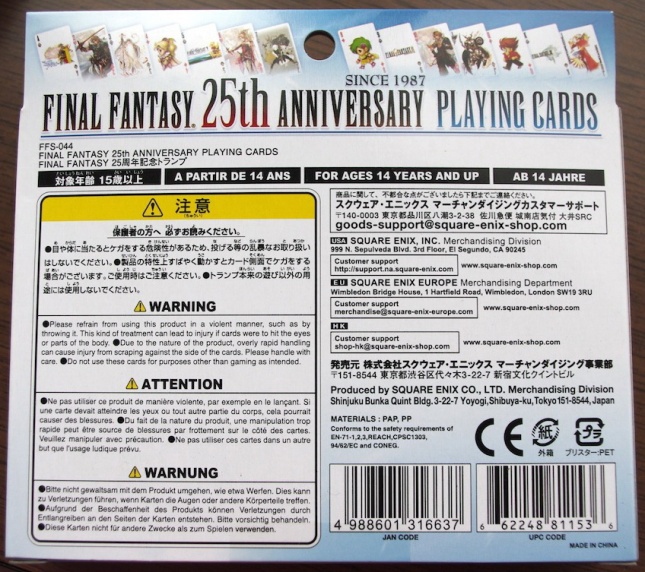 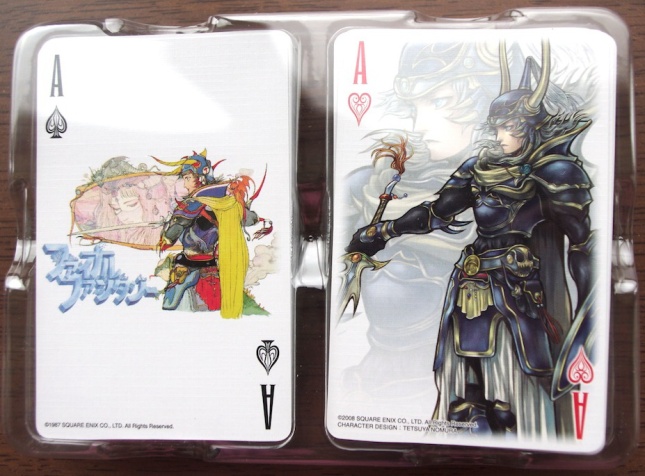 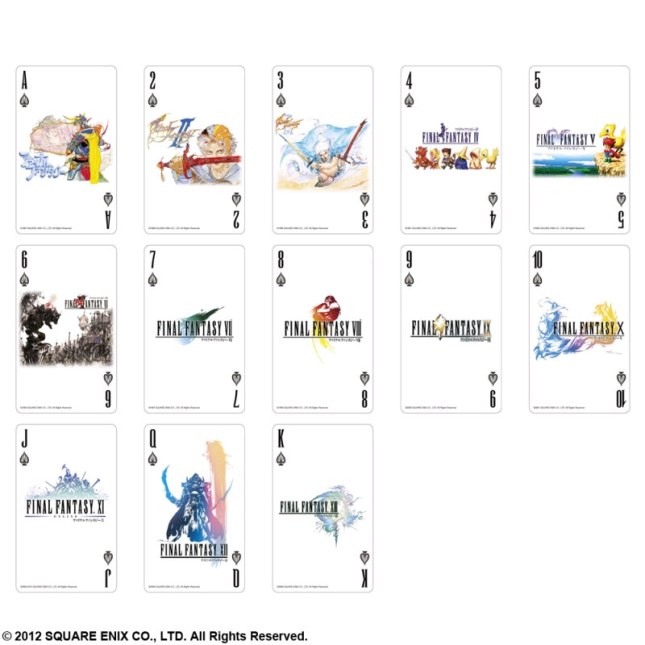 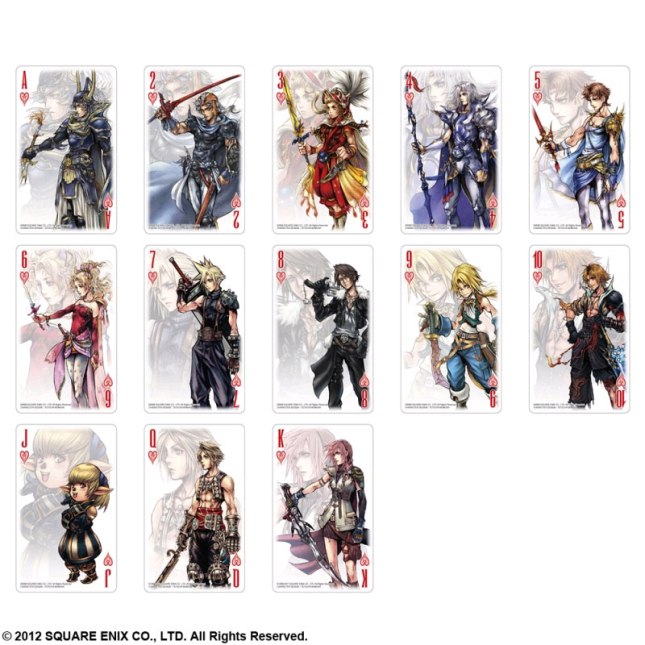