The back design is really rich artwork of this deck. There is Lawrence’s monogram in the middle of it. The monogram is composed of some strip full of small diamonds and forms a big central diamond of the back design. There are two fishes in the big diamond. Four dogs run along four sides of the diamond. There are one big dragon’s face and two dragons on the upper and bottom parts of the back design. All dragons look at the diamond and fishes. Drawings and lines on both big dragons’ faces forms shapes of the Spades and Hearts pips. Each end of four smaller dragons’ tails forms the Spades pip. Both sides of the middle part of the back design have flowers forming the Clubs pips with some pearls. The thin frames of the back designs and backgrounds behind four smaller dragons have the same embellishments (they can imitate water of tumultuous Yellow River) as above mentioned sides and flaps of the tuck cases have. 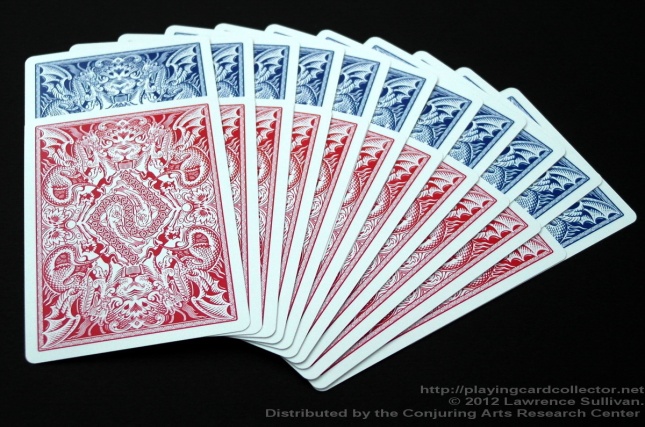 Fishes are carps or Koi (in the Japanese language Koi means carp and the word is used as the name of the carp in China as well). Carps symbolize wealth, abundance, love, domestic felicity, partnership, tenacity, hence fertility and hence renewal in China. And the carp has a very famous Chinese legend attached to it.

According to Chinese mythology, there is a waterfall cascading from a legendary mountain on the Yellow River at HunanProvince. There is a gate on the top of the waterfall called the Dragon Gate. Many carps swim upstream against the river’s strong current, but few are capable or brave enough for the final leap over the waterfall. If a carp successfully makes the jump, it is transformed into a powerful dragon. A Chinese dragon’s large, conspicuous scales indicate its origin from a carp. The image of a carp jumping over Dragon’s Gate is an old and enduring Chinese cultural symbol. Actually, there is information that many other waterfalls in China also have the name Dragon Gate and much the same is said about them.

Dragons have special and great powers and dignity, symbolising fertility, wisdom, auspiciousness and imperial authority. These creatures are the sources of the elements – water, wind, earth and fire. Dragons are also the custodians of the seasons, thus symbolising life and prosperity.

So, it is possible that the strip symbolizes a Yellow River, fishes are carps and dragons are symbols of the Dragon Gate and reincarnations of carps.

Dogs on the backs look like they are going to catch the pearl. And this is interesting. As a rule, dragons ‘warm’ pearls. But there are other mythological creatures in Chinese culture interacting with pearls. Shíshī. They are mythological Chinese guardian lions. Statues of guardian lions have traditionally stood in front of Chinese Imperial palaces, Imperial tombs, government offices, temples, and the homes of government officials and the wealthy, from the Han Dynasty (206 BC – AD 220) and were believed to have powerful mythic protective benefits.

Many depictions of Shíshī bear more similarity to dogs. They are often called “Foo Dogs” in the West. In China, Shíshī are always depicted in pairs, one male and one female. Sometimes the male will have an open mouth and the female a closed mouth; sometimes both mouths will be partially open, often containing a pearl.

A statue of a guardian lion looking over Mount Emei, China

Above mentioned two faces of big dragons on the backs can also be Shíshī as they look like these lions. But this is only an assumption. There is no official information confirming that the dogs are Shíshī.

The back design of these decks is special as it has marks indicating each card in the deck. Yes, these decks are marked. So, don’t play poker with them 🙂

And one secret more. Back designs are slightly one way in these decks. Even in this case, producers decided to add some interesting detail to their decks. You won’t find a small line near dragons’ winds in bottom corners of Jokers and other playing cards. But you will find it on all aces as they have the opposite one way system – there is no small line near dragons’ winds in upper corners of their backs.

“These cards have a slip factor and snap factor that makes them perfect for flourishes, shuffle work, deals and more or less all types of sleight of hand. They are different from any other decks we’ve felt – neither like current USPCC products nor like old Jerry’s. They are quite thin as well but strong and don’t feel “spongy” like many thin backs do. You will also notice that the white border is much narrower than “normal” cards from the US. This is due to extreme precision printing and finishing and due to this perfect registration the deck has an amazingly balanced appearance. These cards also have a glass like edge…” ~ CARC (The Conjuring Arts Research Center)

New owls on the backs 🙂 The second version doesn’t have marked backs. 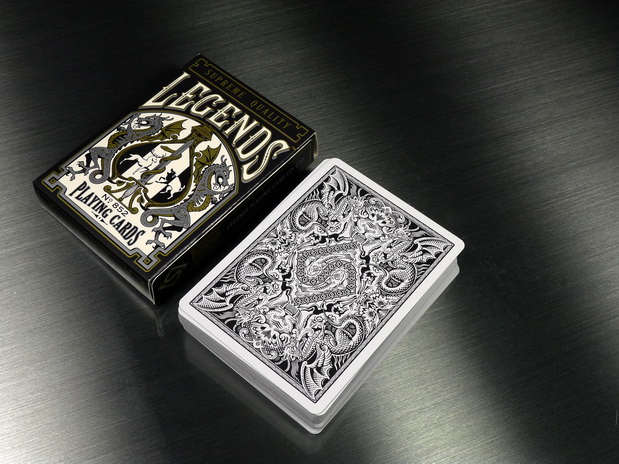 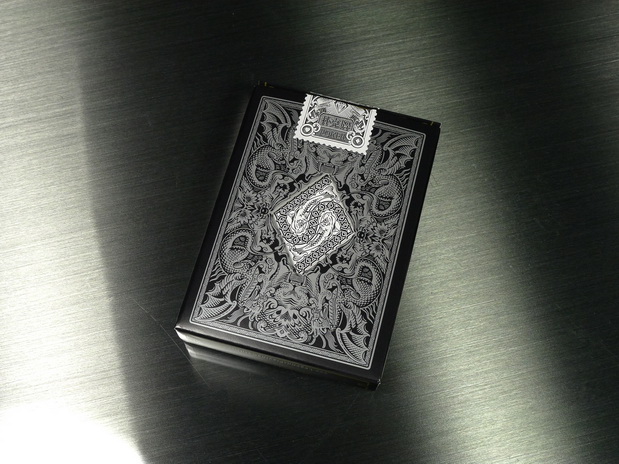 Other decks produced by the Conjuring Arts Research Center: