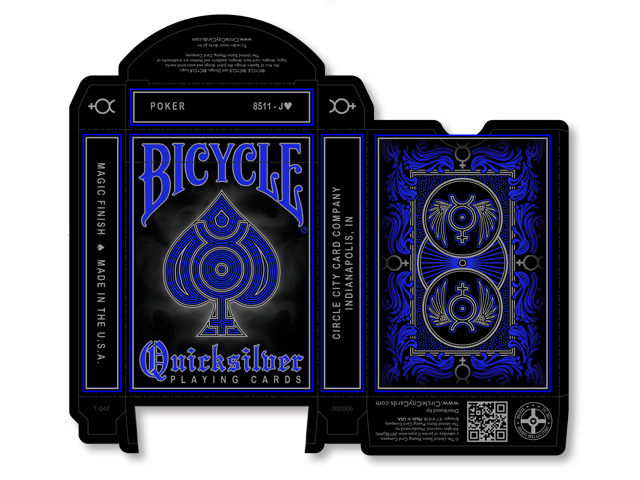 “Just over a year ago I designed the Brimstone deck, since then everyone has been asking me “when will you do a sequel or follow up?” Everything has been upgraded and reworked from the top down.  The Brimstone deck featured gold metallic ink, similarly, the Quicksilvers will be trimmed with metallic silver ink.  All of the elements of the deck have been updated to fit with this new design but remain within the same theme as the Brimstone deck.  Court cards, aces, even the numbered cards have custom work that will look right at home next to the Brimstone deck or will be the gleaming highlight of your collection.

Designed in Photoshop and Illustrator the Quicksilver deck is made with the highest level of detail.  The basic run will be 2,500 decks with more printed as needed.” ~ Russell Kercheval

56 total cards – The ‘standard’ 52 poker cards, 2 Jokers, 2 Gaff Cards.
The tuck box itself will have a reveal in the barcode and so will one of the Jokers.

This project was successfully funded on Kickstarter September 19, 2012. 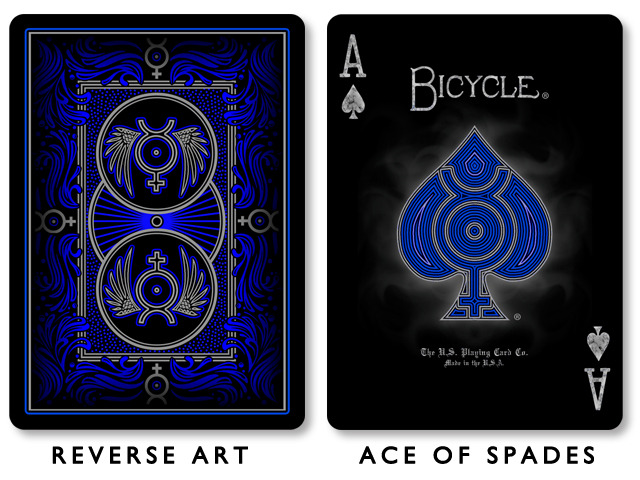 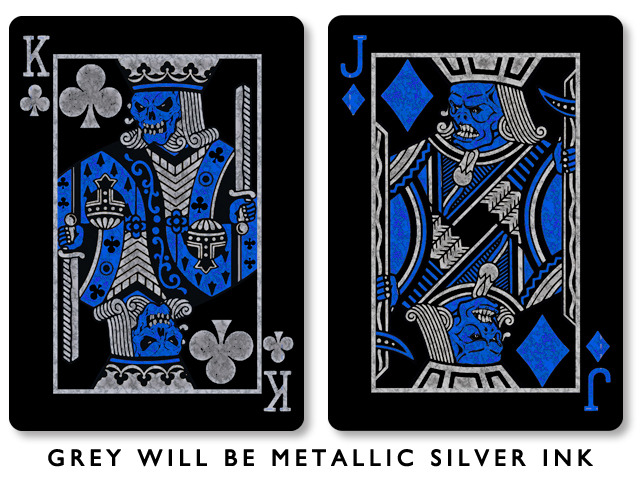 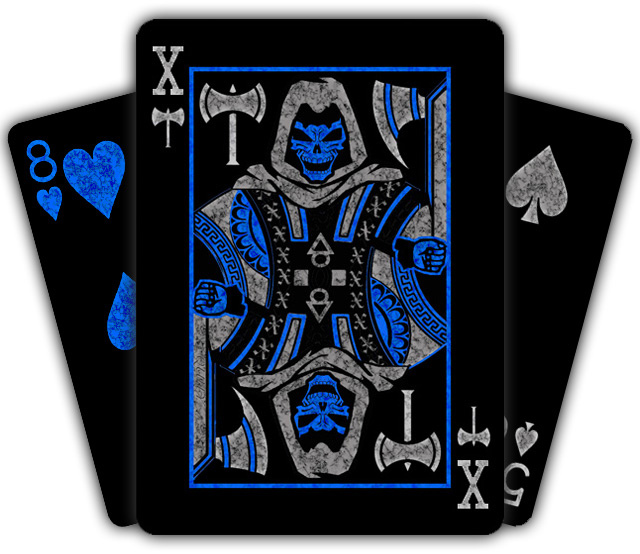 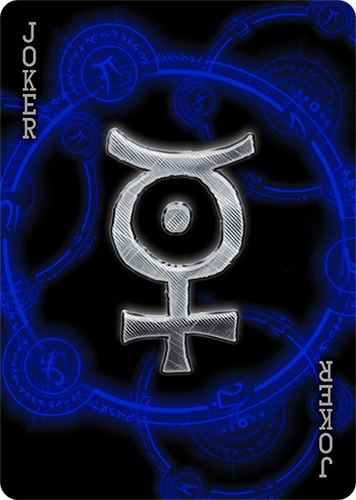 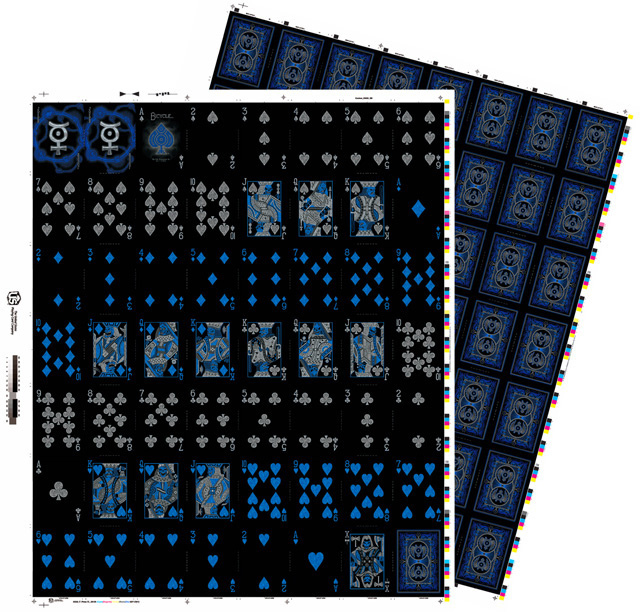 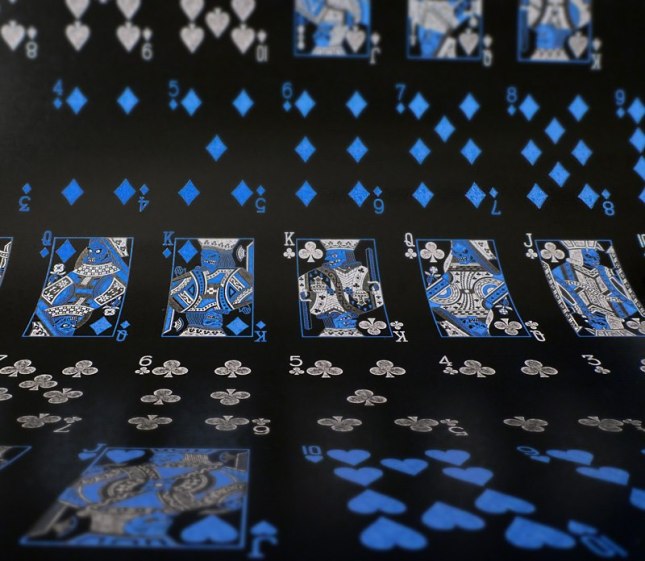 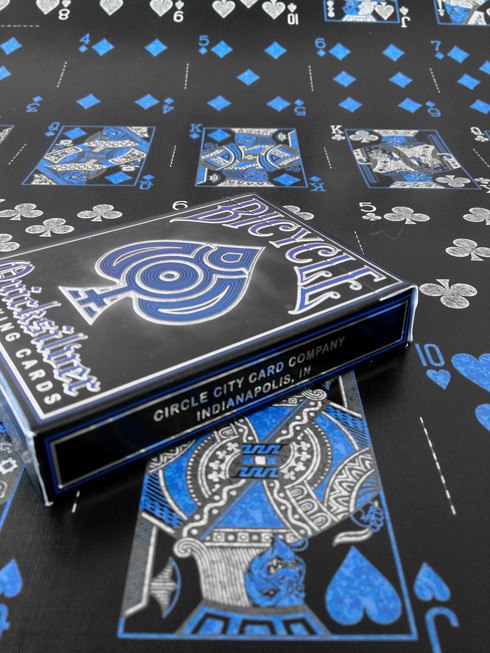 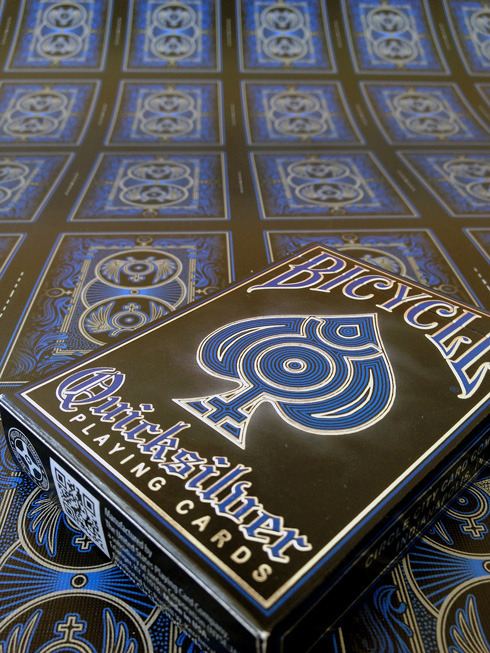 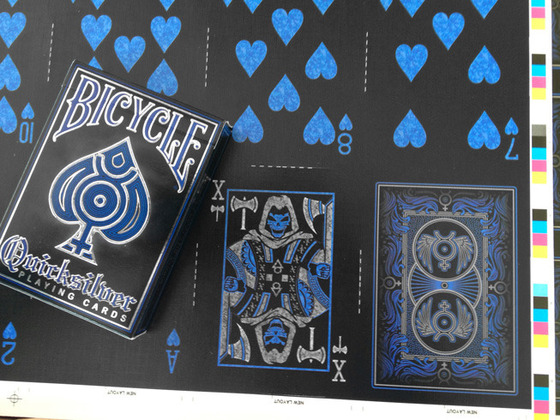 See some other CCC’s decks:

Posted by Collector on 03.03.2013 in Deck of Playing Cards, Kickstarter, USPCC