A Custom Deck of Vampire Themed Playing Cards Printed by USPCC, and a Unique Party Game for 8-90 players.

“Succubus: The Reborn is a deck of vampire themed playing cards, but it is also something more. First and foremost it is a custom deck of playing cards printed at the highest possible quality by the world leader in cards, The United States Playing Card Company, makers of Bicycle and Bee cards.  Each card is lavishly illustrated and carefully designed to illustrate the theme. And each deck, and all of the components offered in this Kickstarter, are made in the United States. Second, each card bears a symbol which represent the classic game of Rock, Paper, Scissors and even Bomb, which makes the Succubus: the Reborn deck the premier deck to own for fans of Live Action Role Playing Games.

Finally, and most intriguingly, each card in the deck has at least one or more unique (and sometimes hidden) symbols, which allow it to be used in a unique party game for players clever and sensible. The players are Vampires who are members of four great Lineages (teams) represented by the four card suits.” ~ Make-Believe Games

Sandro Chkhaidze is the lead artist at Make-Believe Games. He has created every detail of the magnificent vampires of Succubus: the Reborn. 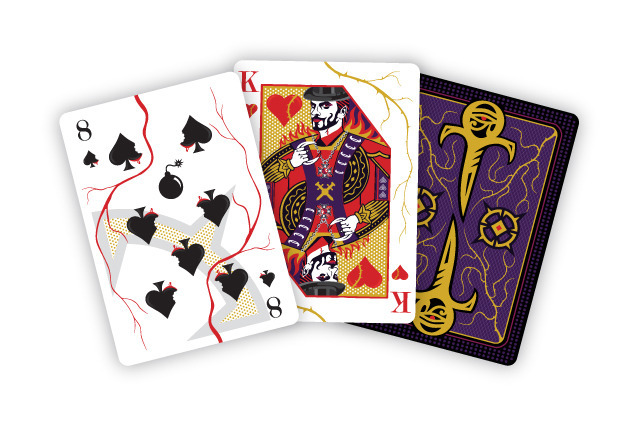 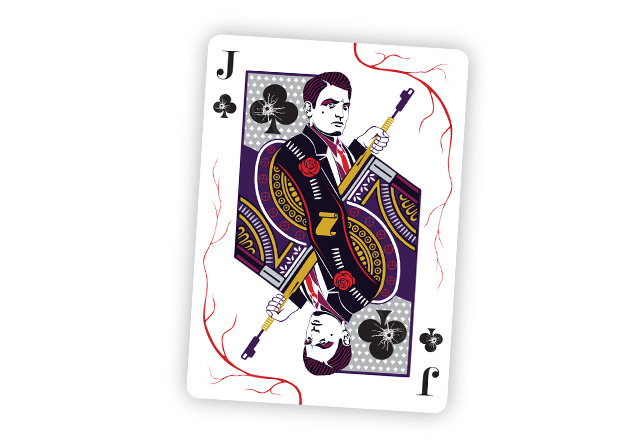 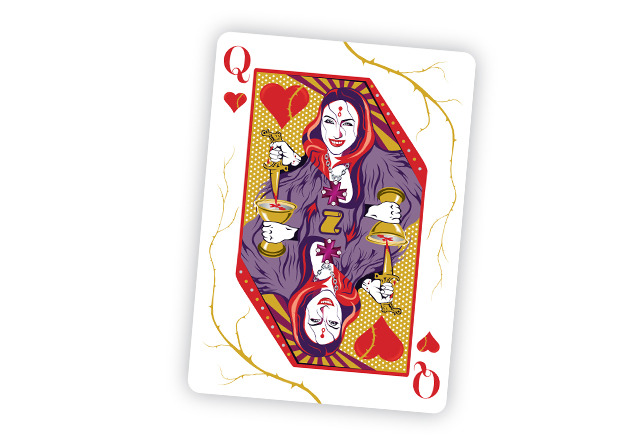