Believe playing cards by System6Magic are inspired by the Wayang Shadow Puppets of the Island of Java (Indonesia). The deck is planned to be printed by the USPCC.

The Wayang Shadow Puppets are puppets for wayang shadow theatre which is traditional theatre in Indonesia. The word wayang translates from Javanese as shadows. These days wayang is most often associated with the puppet itself or the whole puppet theatre performance. 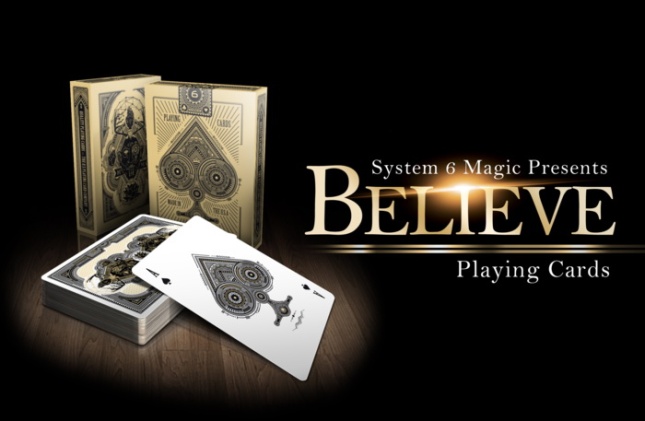 Wayang (wayang kulit) is a unique form of theatre employing light and shadow. The puppets are crafted from buffalo hide and mounted on bamboo sticks. When held up behind a piece of white cloth, with an electric bulb or an oil lamp as the light source, shadows are cast on the screen. The plays are invariably based on romantic tales, especially adaptations of the classic Indian epics, the Mahabharata and the Ramayana. Some of the plays are also based on local happening or other local secular stories. It is up to the conductor or dalang or master puppeteer to decide his direction.

Wayang today is both the most ancient and most popular form of puppet theatre in the world. It influenced in some way almost all types of modern shadow theatres.

UNESCO designated Indonesian wayang kulit as a Masterpiece of Oral and Intangible Heritage of Humanity on 7 November 2003.

You could pledge here: http://kck.st/1dYQo21

I think it’s better to support this deck as it is without any reference to the Wayang Shadow Puppets. If you like what you see – support. It’s because this deck doesn’t have almost anything common with wayang. It looks more like cyberpunk. While traditional Wayang Shadow Puppets are quite unique and notable, I doubt that someone will think about the puppets without appropriate producer’s explanation. So you really have to take System6Magic’s word for this and BELIEVE – because only as their appropriate call this name of the deck has any sense.

I think that the artwork of this deck isn’t bad. Of course, it can be improved. There is a hope that System6Magic will understand that their desire to incorporate some piece of old culture into their deck is at least questionable.

The aces are the strongest part of this deck. They are all custom. 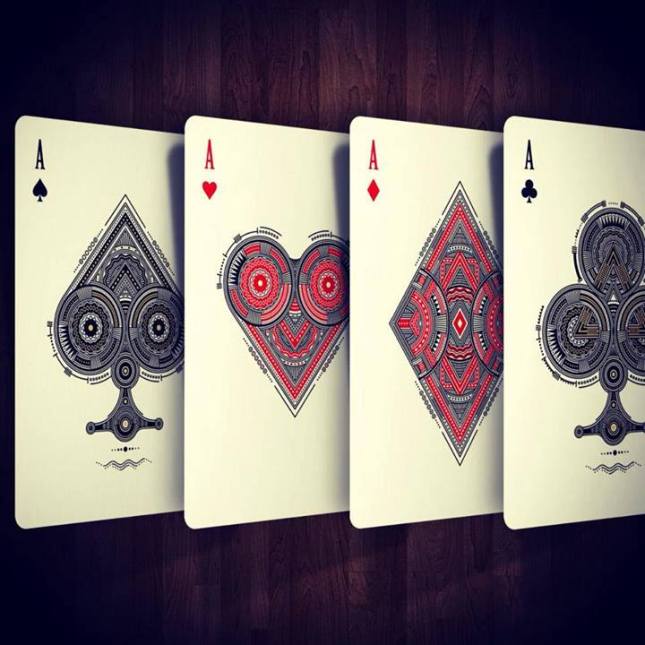 “The backs include a unique Wayang Shadow Puppet along with a beautiful lotus flower.” ~ System6Magic.

The Wayang Terminator isn’t bad… as the Terminator (cuckolded?). The most interesting part of the back is the inscription – the name of the deck. I don’t know what caused System6Magic to make the word “LIE” so notable but I hope it has nothing common with this playing card project. On the other hand it is a funny fact that any “BELIEVE” is based on “LIE” 🙂 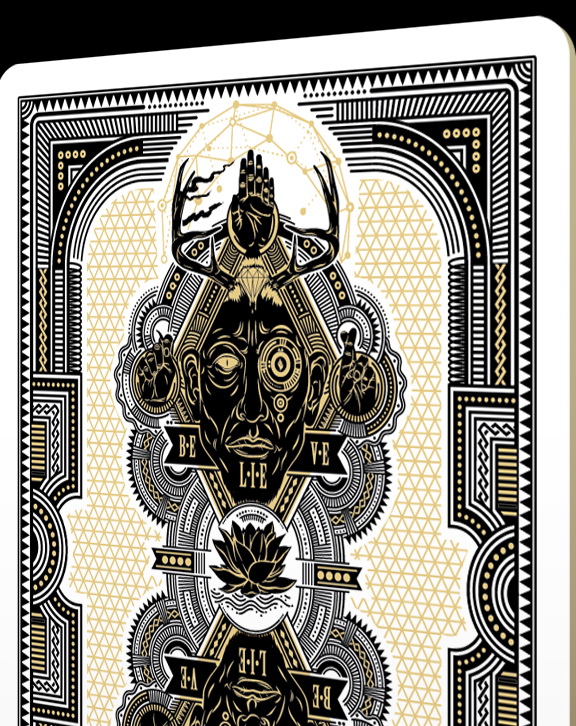 All faces of royals are actually the same with some additional elements on some of Kings and Jacks (old number cards!). 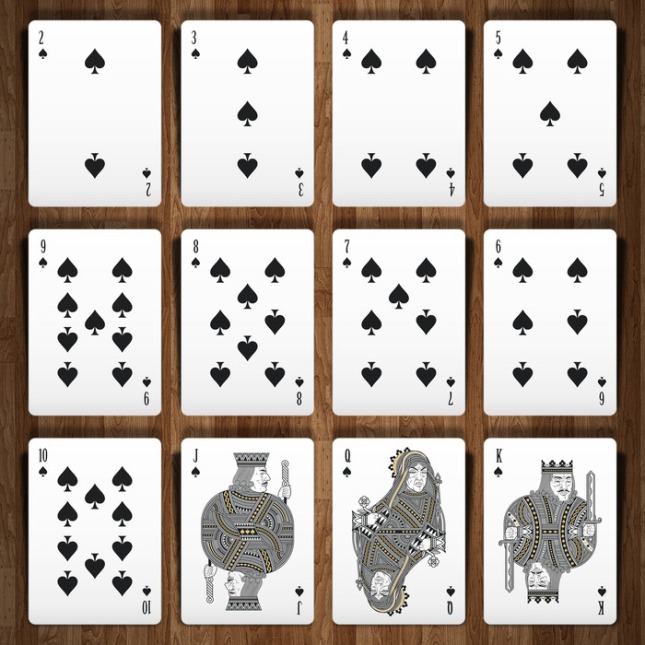 Jokers just repeat the back design.

Posted by Collector on 06.09.2013 in Deck of Playing Cards, Kickstarter, USPCC