The Conjuring Arts Research Center used an appropriate vintage set of court cards, indices and pips from USPCC’s archives to make these playing cards as authentic as possible. Even some imperfection of the old printing process was imitated due to several printing mistakes.

The King of Spades: Erdnase 216 and Modern Bee

The Queen of Hearts: Erdnase 216 and Modern Bee 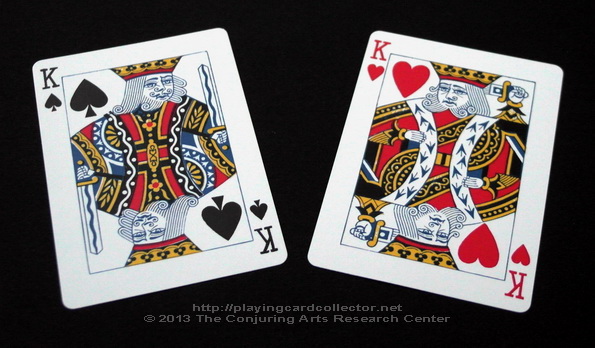 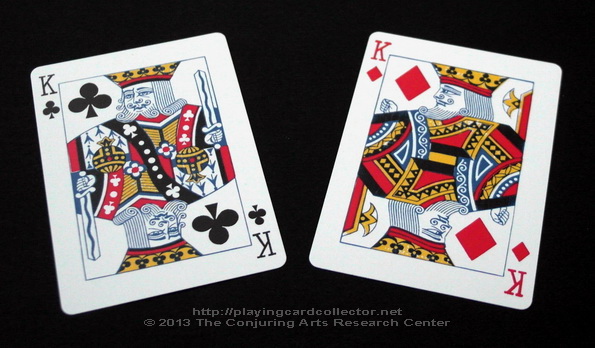 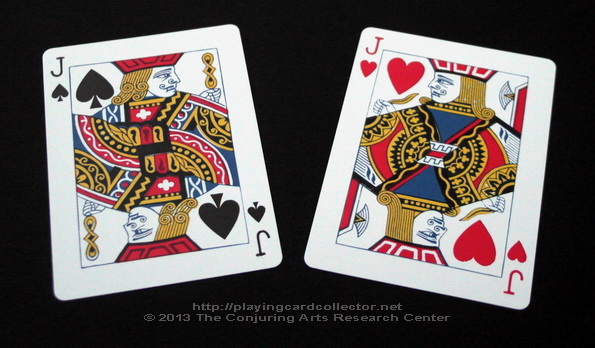 Actually vintage indices and modern Bee standard (Bicycle standard) indices are quite similar in general. But due to the above mentioned intentional printing mistakes indices of this deck look like they are all from different decks of playing cards. Pips are different. They are more “round-bellied” in these decks. A darker red colour was used for “red” pips. 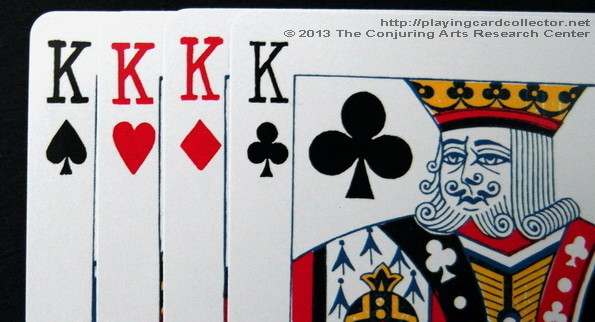 At first glance the back design is quite simple. But it isn’t so simple and is really interesting. First of all it is a godsend for cardists even being one way.

At the same time playing cards are not eternal… especially in case of active handling. So the negative side of borderless backs is some visible marking on shabby playing cards. As a rule these are spots of peeled paint revealing white cardboard. The worst cases are when edges of such borderless backs are painted in dark colours. But the design of Erdnase 216 backs consists of different combinations of white and coloured lines which makes the mentioned problem less visible on them.

And their smooth finish really ensures smooth handling. Even an amateur 😉 can make fans with them.

Maybe some pictures of fans should be here in confirmation of previous several sentences. But you won’t see them. Instead of them see pictures of these playing cards carelessly thrown on a table and enjoy the other secret of these backs 🙂 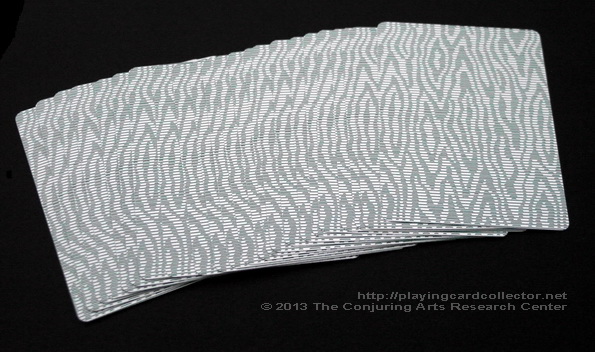 Other decks produced by the Conjuring Arts Research Center:

Posted by Collector on 17.09.2013 in Deck of Playing Cards, The Conjuring Arts Research Center, USPCC