“The phantasmagoric nature of the Sandman’s realm permeates the design of the Dream deck. The blurring of boundaries between the real and the imaginary is captured by clever blending of contrasting elements which seems, at the same time, both natural and unnatural. Dreams are mysterious. Dreams are fantastical. Dreams have infinite possibilities.” ~ Card Experiment

These decks are the result of a collaboration between Card Experiment and Chatchanok Wongvachara (Bangkok, Thailand). She is an artist and musician, also known as Pink (no, she isn’t an American singer). The lady grew up in an artistic family, and was given a lot of guidance by her father and her brother. Chatchanok enjoys to combine illustration elements with photography, for instance, or employ handicraft techniques in her work. 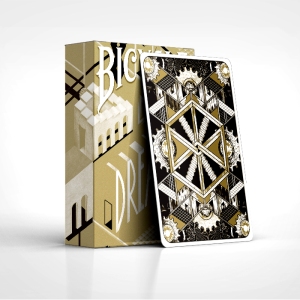 all pictures are clickable 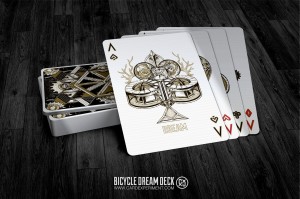 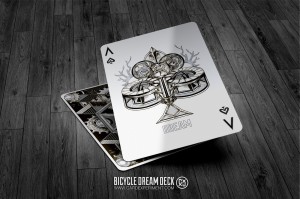 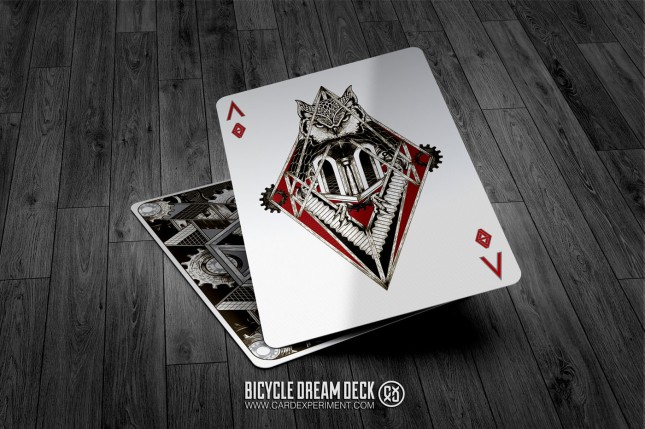 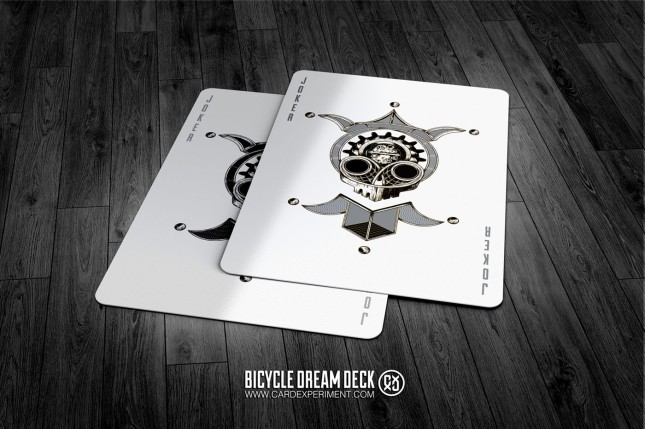 Maurits Cornelis Escher, also referred to as M. C. Escher, was a Dutch graphic artist. He is known for his often mathematically inspired artworks featuring impossible constructions, explorations of infinity, architecture and tessellations.

Card Experiment is also preparing for Black Friday 2014. They propose a special promo code which should provide a 25% discount on all orders.

Here is my other assumption – Card Experiment and Chatchanok Wongvachara (Pink)

that you will like the result of their collaboration and will enjoy these Bicycle Dream Playing Cards in your hands or collections.