Hardly these playing cards can be practical in their current form, but I couldn’t omit them. Created by a Polish artist, Katarzyna Fus, these are really cute pieces of art devoted to Indian culture. I really like her style for this prototype deck. Court cards represent people. Totem (a spirit being, sacred object, or symbol that serve as an emblem of a group of people) is in the aces. Number cards and the back design contain imitation of some petroglyphs (arrows and horses). Unfortunately, all number cards have only different appropriate quantity of arrows in their pictures.

Playing cards haven’t been produced. I think they will become more functional with white frameworks around the coloured pictures. Letters and numbers of cards can be also moved outside the pictures. Horses are better to use for number cards instead of backs. Tomahawks (a type of axe from North America) and calumets (a ceremonial smoking pipe used by some indigenous American nations) can vary pictures of number cards of different suits. Different totems for aces will be also nice. 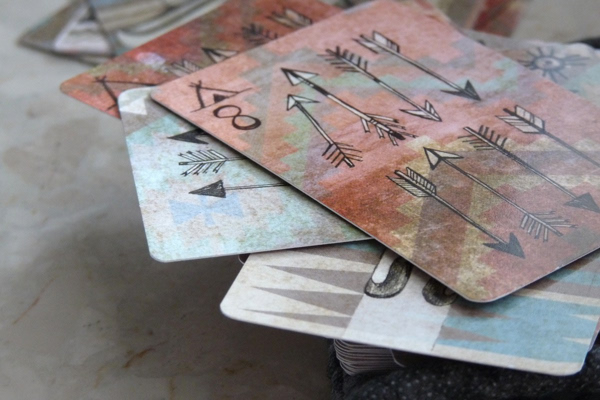 END_OF_DOCUMENT_TOKEN_TO_BE_REPLACED

This royal pair, the King of Diamonds and the Queen of Diamonds, was designed by a Philippine artist, Ingrid Tan (IngridTan). The queen seems to be quite happy. Maybe it’s because she is a pretty girl like Ingrid. The king is definitely upset. Maybe because of the queen’s endless shopping… maybe because of the indices inside the frame… or maybe because he has cut off his own feet. Who knows?

The King of Diamonds by Ingrid Tan 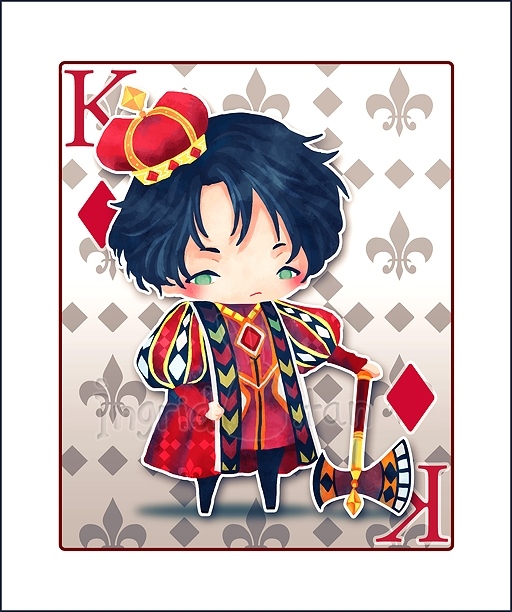 END_OF_DOCUMENT_TOKEN_TO_BE_REPLACED

Posted by Collector on 30.03.2015 in DeviantART, Playing Card Art, The King of Diamonds, The Queen of Diamonds

Playing Card Art: The Queen of Hearts by TigerHouseArt

This Queen Of Hearts gothic art print is designed by an American artists with the nickname – TigerHouseArt.

“…a dark and sinister queen of hearts, dont let the kind expression of her venetian mask and the flower fool you, and whatever you do dont turn your back on her…. not even for a second.” ~ TigerHouseArt

The Queen of Hearts by TigerHouseArt 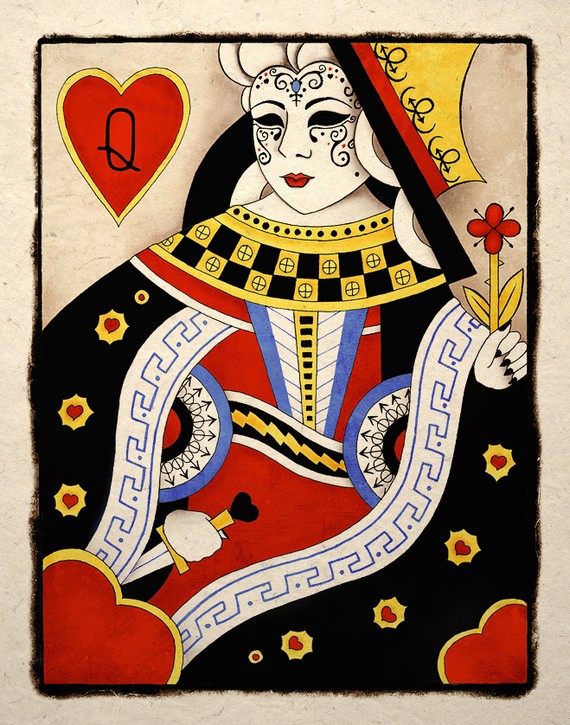 The fourth portion of posters inspired by playing cards.

All rights reserved and belongs to their owners

1. The King of Hearts by Leslie Hill

This King of Hearts poster is a part of the series of verses designed by an American freelance graphic designer and illustrator, Leslie Hill. She specializes in ink and watercolor lettering, digital illustration, iconography, and branding. In 2104, Leslie had the Fifty Two Verses project – one new verse every Monday in 2014. She couldn’t omit playing cards.