The Ace of Spades features T‑Model Ford car (also known as the Tin Lizzie, Tin Lizzy, and Model T). The car is generally regarded as the first affordable automobile that opened travel to the common middle-class American. Automobile became popular for the mass market due to this car. It was produced by Ford Motor Company from October 1, 1908, to May 26, 1927. The T-Model’s production involved moving assembly lines and completely interchangeable parts. 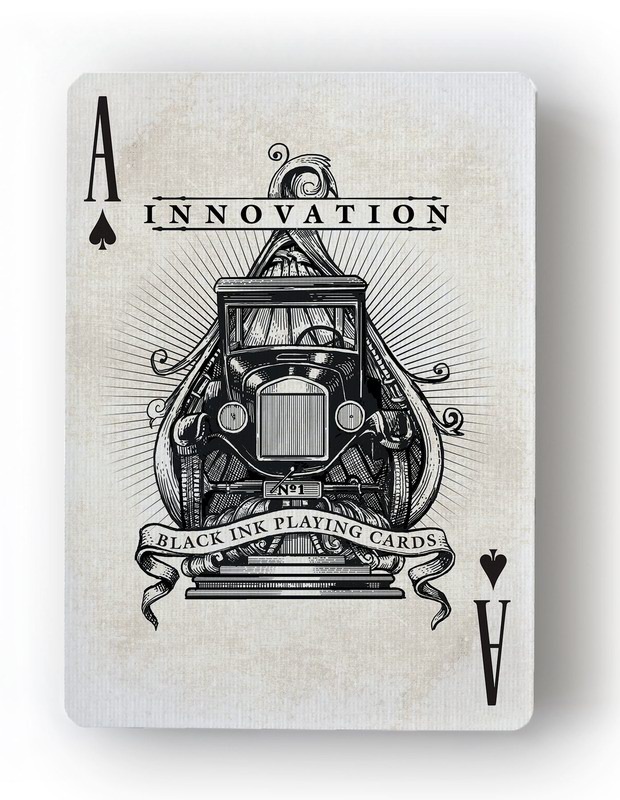 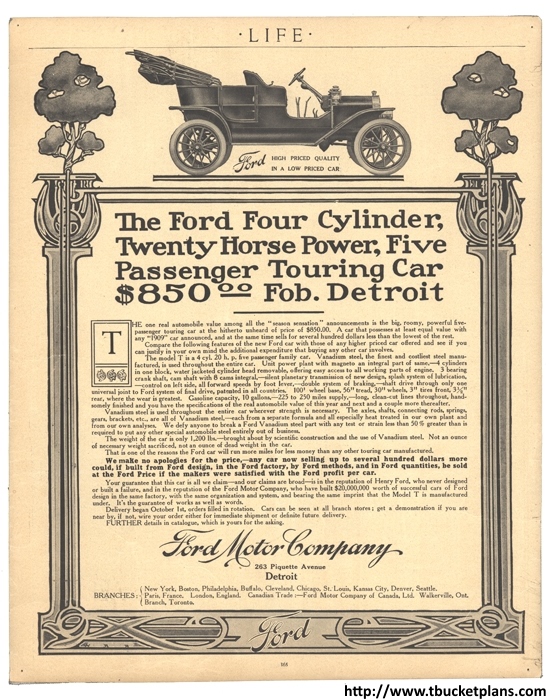 The King of Spades naturally features Henry Ford (July 30, 1863 – April 7, 1947), the founder of the Ford Motor Company. This American industrialist was a sponsor of the development of the assembly line technique of mass production. Neither automobiles nor assembly lines were invented by him. But he combined that two things, and proposed Americans a new level of freedom – life on wheels.

He is credited with Fordism which means mass production of inexpensive goods coupled with high wages for workers. Ford’s strong attempts to lower costs of production of goods resulted in many technical and business innovations, including a franchise system.

Henry Ford is also featured on Joker. And personally I think that his presence as the King of Spades in these decks isn’t the best choice. Taking into account that he didn’t make any technical invention, there is too many Ford in these decks. His absence as of the King of Spades in these decks could be some punishment for his anti-Semitic The International Jew (a four volume set of booklets or pamphlets about “Jewish menace” published and distributed in the early 1920s due to Henry Ford).

Meanwhile, the Joker nicely fits the Ace of Spades… or vice versa. The figure of Ford is drawn from the photo of Henry Ford and Model T. 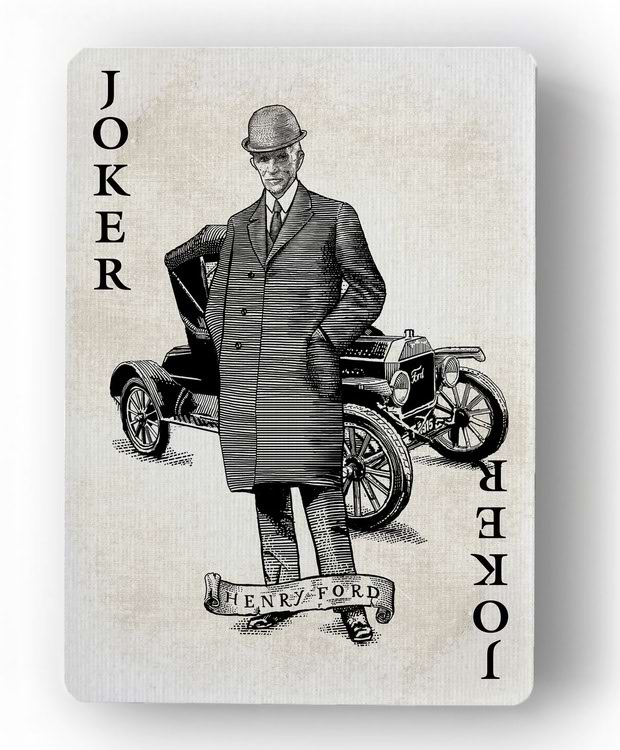 Posted by Collector on 15.03.2015 in Kickstarter, Legends Playing Card Company