These are several Pin-Up playing card artworks by a Canadian artist, Ted Hammond (ted1air). Some Hammond “tortures” cars, other Hammond creates artworks – the equilibrium of the Hammonds in nature.

Ted has been working as an artist for twenty years. He is quite known due to his Pin-Up modern artworks. Several of his artworks have playing card theme. So, enjoy these ladies.

The Queen of Hearts by Ted Hammond

The Ace of Diamonds by Ted Hammond 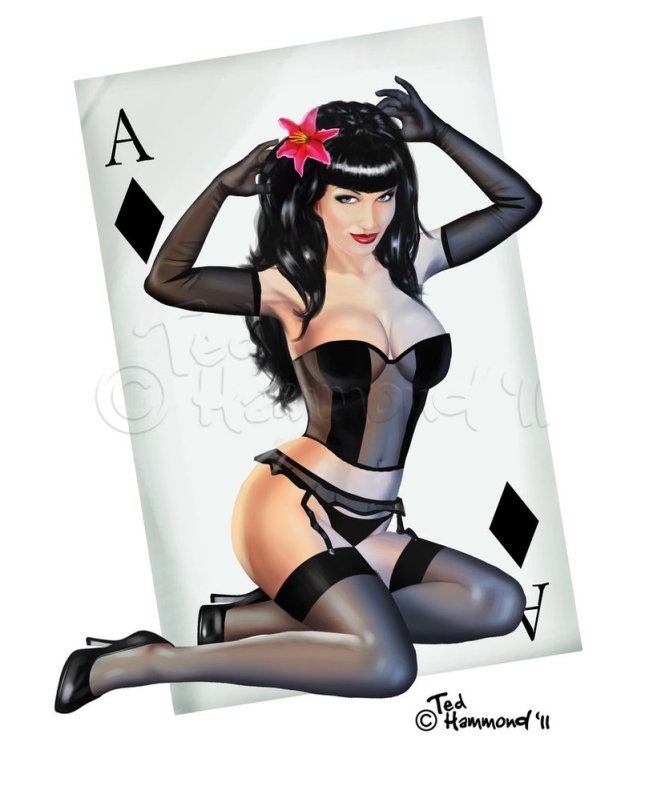