As it was mentioned above, the Jack of Diamonds is represented by the youngest of the Wright brothers, inventors and aviation pioneers, Orville (August 19, 1871 – January 30, 1948). It has been said several words about brother’s inventions. They developed their flying machine into the first practical fixed-wing aircraft. One of their most important breakthroughs was their invention of three-axis control. It enabled the pilot of an airplane to steer the aircraft effectively and to maintain its equilibrium. This method became and remains standard on fixed-wing aircraft of all kinds.

Orville became deeply involved into plans and dreams about airplanes due to his older brother Wilbur (The King of Diamonds).

The Ace of Diamonds features the Wright Flyer 1 in accordance with Jody’s statement. It was the first successful heavier-than-air powered aircraft, designed and built by the Wright brothers (The King and Jack of Diamonds). The aircraft was created in 1903. The Wright Flyer 1 was damaged by wind after its 4th flight. But the Wrights decided to preserve it. Orville restored it in 1916 and sent it to the Kensington Science Museum in London, England in 1928. The aircraft was returned to the United States in 1948. Today, the airplane is exhibited in the Smithsonian National Air and Space Museum in Washington D.C., US. 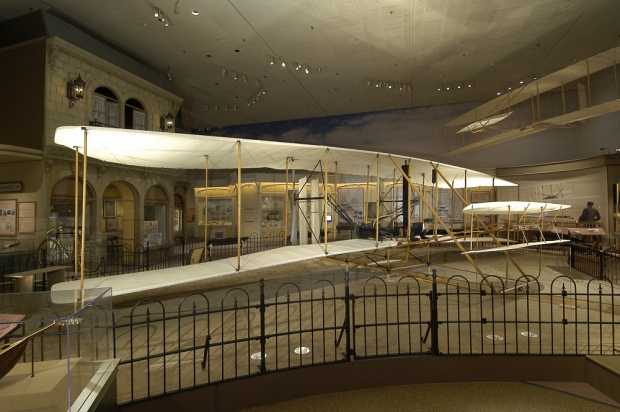 Wright Flyer 1 (1903) in the Smithsonian National Air and Space Museum in Washington D.C., US.

As you can see, Jody used some artistic freedom in depicting a pilot of the aircraft. A lying pilot couldn’t be seen from the chosen angle of view. And a falling aircraft hardly can symbolize people’s desire to take to the air. Nevertheless, a sitting pilot is more suitable for the Wright’s Model A Flyer (1906).

Innovation Playing Cards: The Ace of Diamonds – The Wright Flyer 1 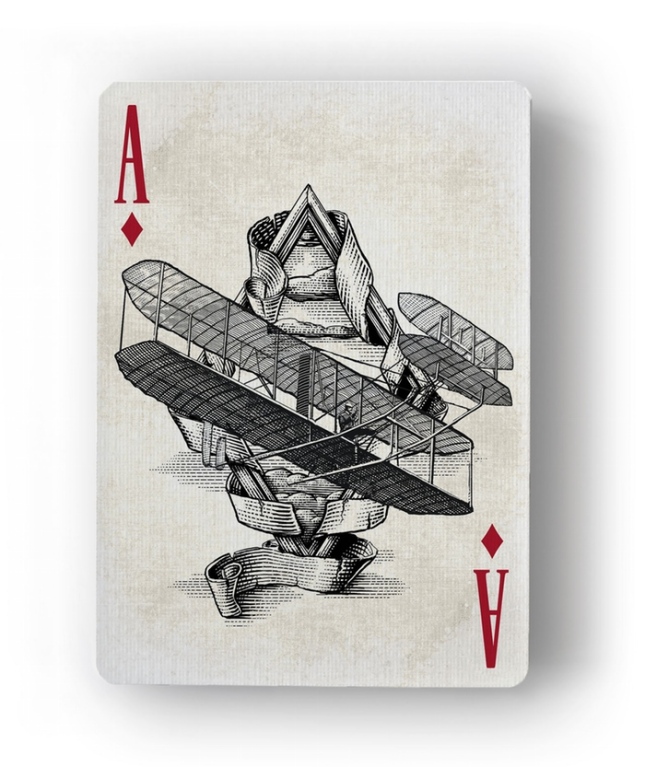 Both Wright brothers are also featured with some of their aircrafts in the second Joker of these decks.

Posted by Collector on 15.03.2015 in Kickstarter, Legends Playing Card Company