Fullmetal Alchemist is a Japanese manga*** series written and illustrated by Hiromu Arakawa. The world of Fullmetal Alchemist is styled after the European Industrial Revolution. Set in a fictional universe in which alchemy is one of the most advanced scientific techniques, the story follows the brothers Edward and Alphonse Elric, who are searching for a Philosopher’s Stone to restore their bodies after a disastrous failed attempt to bring their mother back to life through alchemy. It was adapted into an animated television series and films.

I surmise that these playing cards were designed by “0nly Y0u” (on the basis of artworks of Hiromu Arakawa ?). 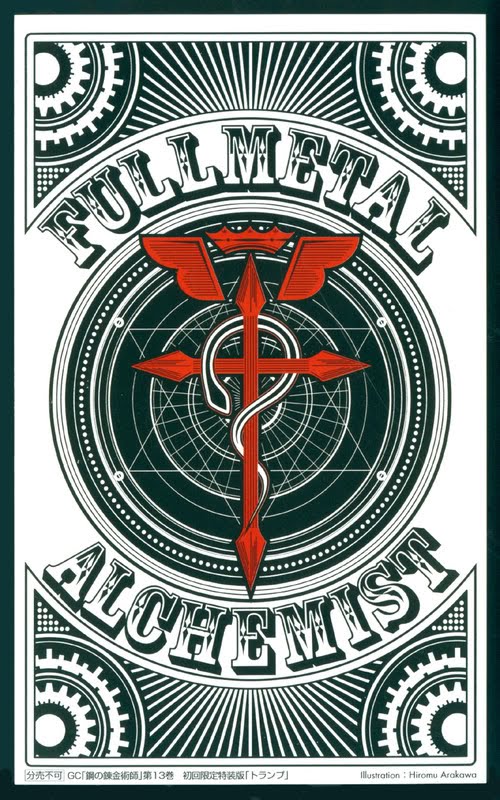 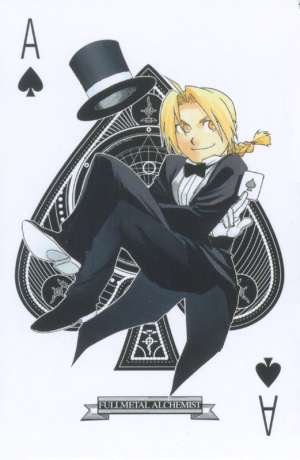 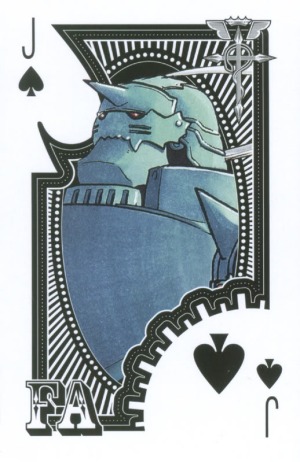 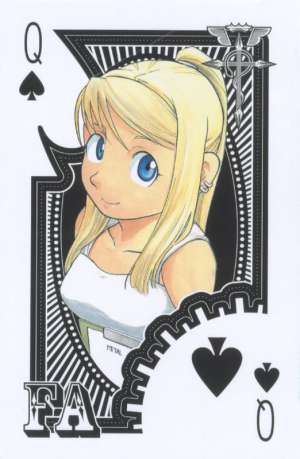 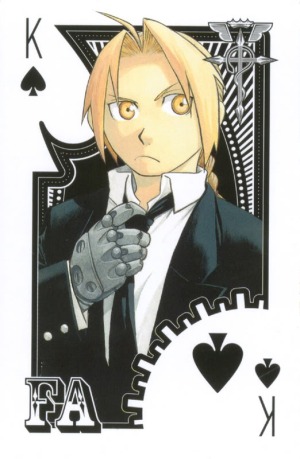 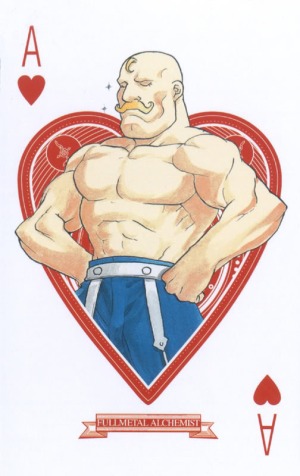 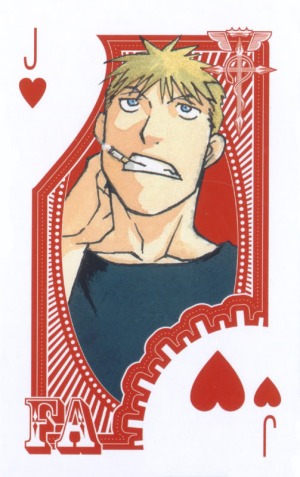 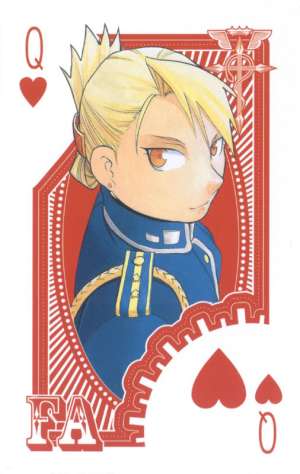 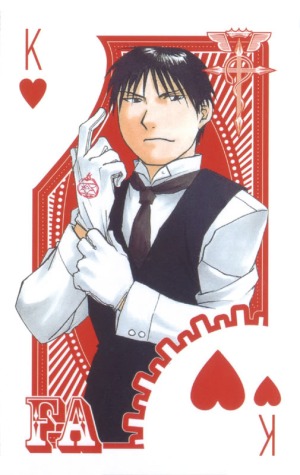 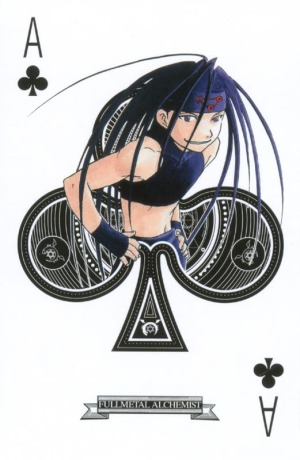 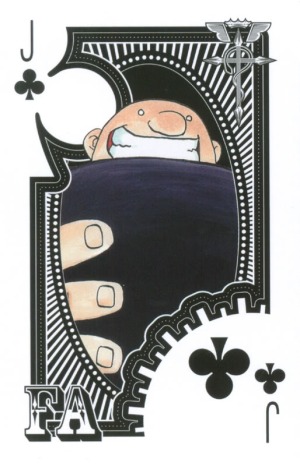 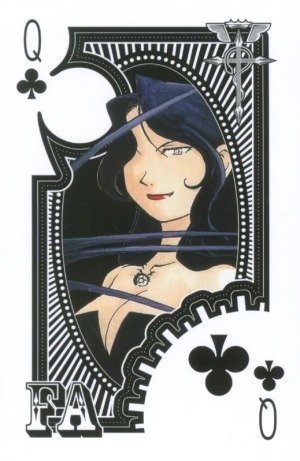 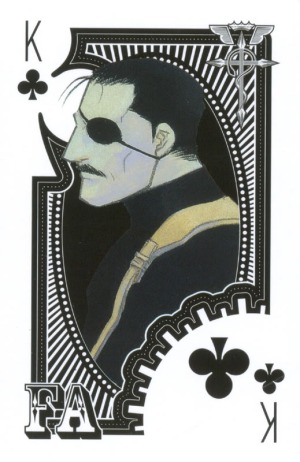 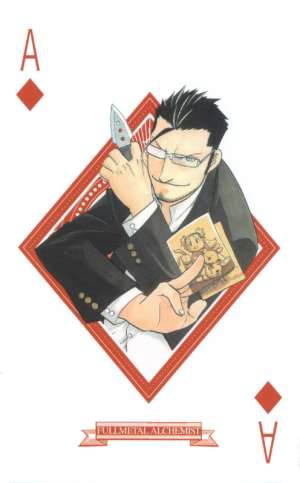 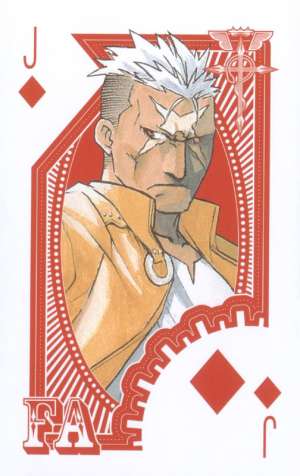 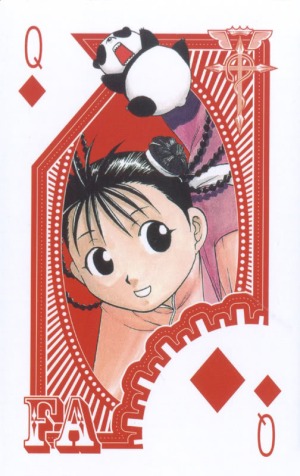 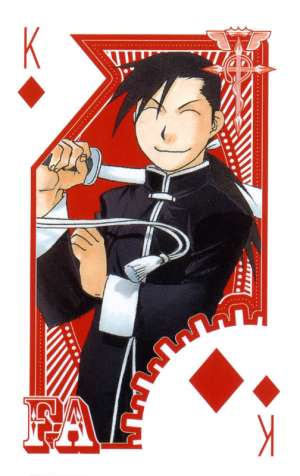 *** Manga are comics created in Japan or by Japanese creators in the Japanese language, conforming to a style developed in Japan in the late 19th century.