Binth is a group of visual artists led by Creative Director Suzanna Bierwirth. It was founded in 2005 and is located in the USA. They create original designs for the modern family. And they decided to create their own deck of playing cards (poker size).

END_OF_DOCUMENT_TOKEN_TO_BE_REPLACED

Playing Cards inspired by Lady Gaga and designed by Katerina Veselova. Lady Gaga (Stefani Joanne Angelina Germanotta) is an American singer, songwriter and actress. Gaga is noted for her flamboyant and diverse contributions to the music industry via her fashion, live performances and music videos. 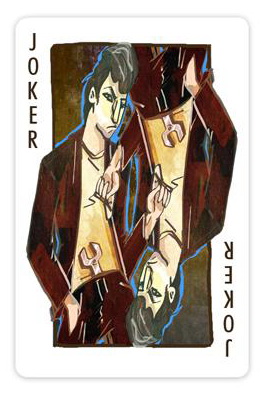