Bicycle Instruments of War Deck is designed by Jacob Bear and Bear Claw Studios. The deck dedicated to comics figures. 56 different cards – even number cards have artworks. It’s planned to be printed by the USPCC.

Jacob Bear draw comics. He decided to combine that his love with his graphic design skills and to create his own custom deck of playing cards. It began based on an original character he drew for the Emerald City Comic Con’s “Monsters & Dames” Children’s Hospital charity book. Due to the overwhelming popularity of the character, he decided to expand upon the universe the character resides in.

He has already completed all illustrations for this deck and has already received approval by the United States Playing Card Company. 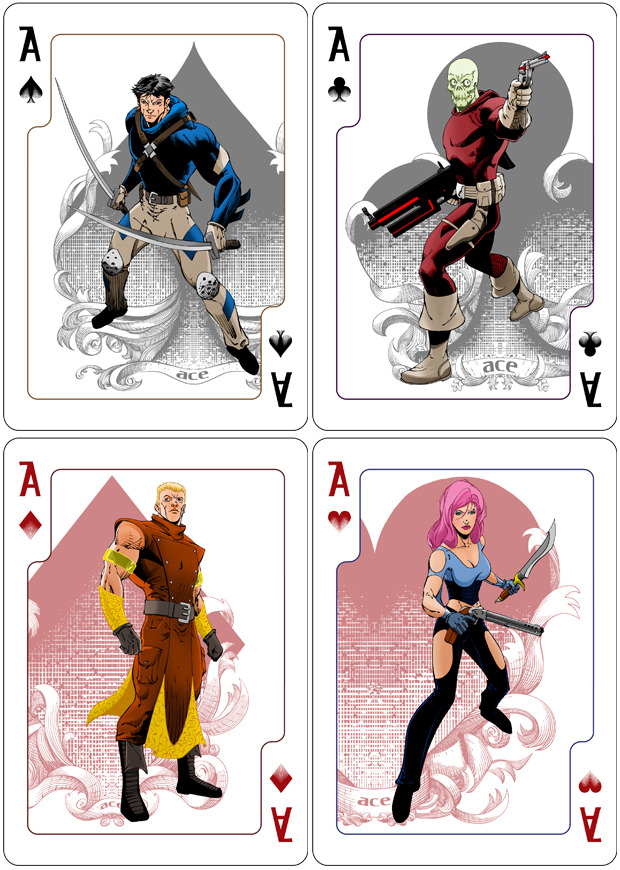 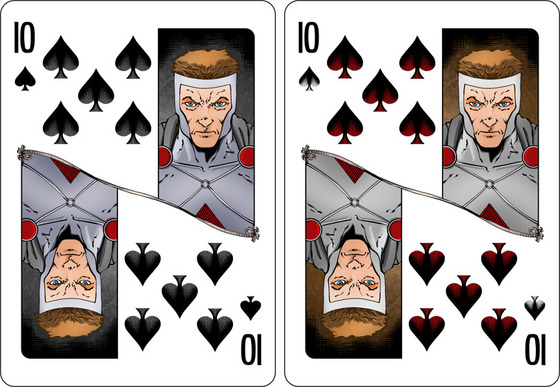 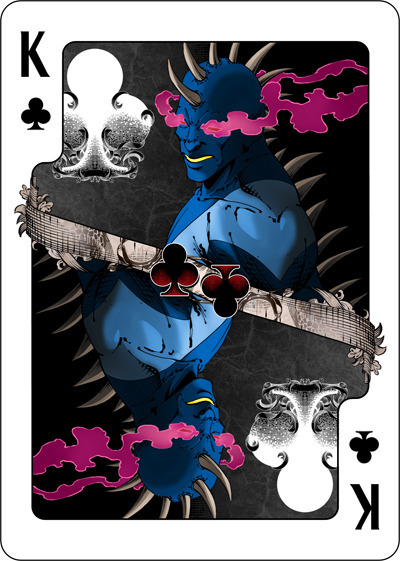 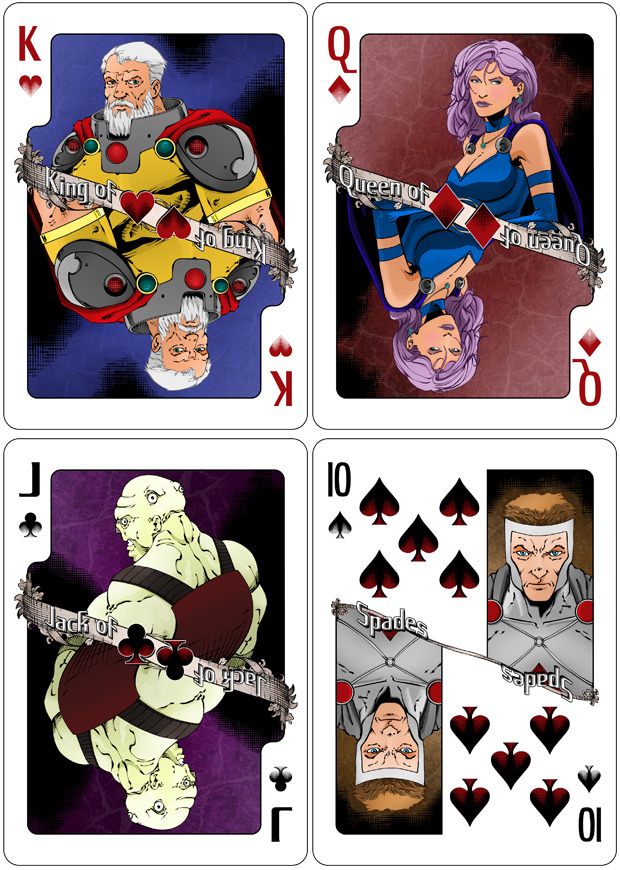