A deck of playing cards inspired by Harry Kellar’s famous Whispering Imps, hand drawn by illustrator Mark Stutzman. These are planned to be printed by USPCC.

In 1894, “America’s Greatest Magician” Harry Kellar released a poster with the now famous Whispering Imps. It featured Kellar in a profile portrait with two little red Imps, one peeking over his shoulder and the other whispering secrets into his ear. By this time, Kellar was already famous—so famous in fact that he merely needed his name and his portrait to sell out theaters across the globe. To this day, this is the poster most often imitated by magicians. Kellar made Imps the symbol of magic, mystery, and secrets. 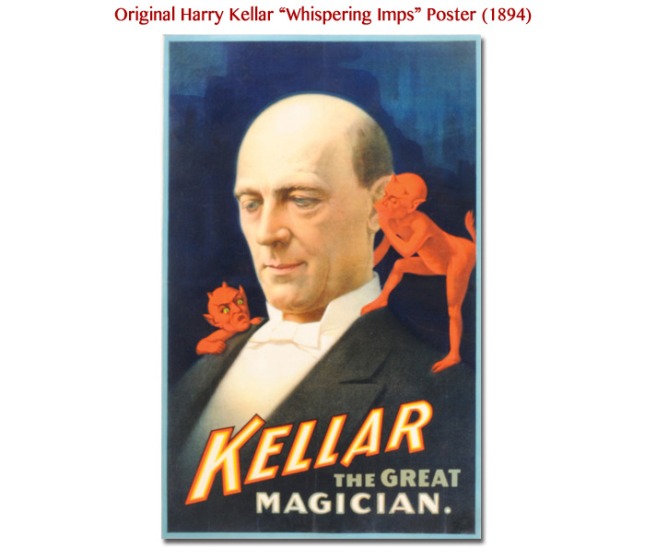 The idea behind the Whispering Imps™ Playing Cards is to combine two very iconic brands, Harry Kellar’s Whispering Imps and the Bicycle Rider Backs, into one classic and elegant deck

Imps are tiny mythological beings that were often seen as mischievous and playful rather than evil or harmful and are commonly associated with magicians.

The deck is planned to be printed on Bicycle stock with an Embossed Magic finish using Pantone color inks.

Much thought has gone into the design of the tuck box. It’s intended to look clean, simple and mysterious while keeping the “secrets” of the Whispering Imps locked inside. The tuck box will be fashioned from Intense Black Premium Vellum paper and does not contain any printed inks; the text, design & logo is created entirely from Red Hot Stamped Foil.

“My goal is to create something that preserves the art and history of magic into a deck of beautifully hand-crafted playing cards. I designed this deck to be something magicians, playing card enthusiasts, collectors and the art community can appreciate. ” ~ Chris Chelko

Imps instead of Jokers 🙂 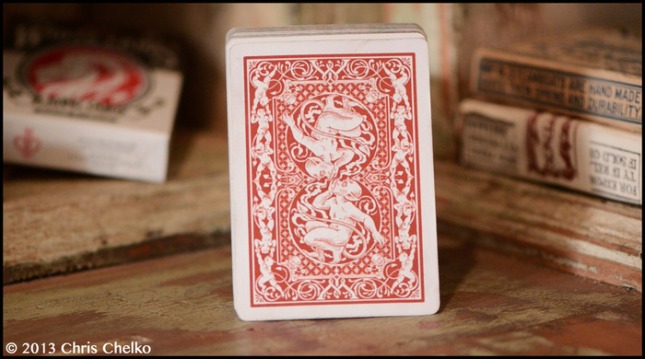 Posted by Collector on 16.06.2013 in Deck of Playing Cards, Kickstarter, USPCC