Lee McKenzie has been designing cards for magic company Ellusionist for the past 5 years and it’s been a great experience for him. But he has always dreamed of launching his own deck one day. So the day has come. He represents his own playing card project on Kickstarter – Empire Playing Cards. The deck IS planned to be printed by USPCC.

Golden ink on the tuck case.

END_OF_DOCUMENT_TOKEN_TO_BE_REPLACED

Posted by Collector on 21.06.2013 in Deck of Playing Cards, Kickstarter, USPCC 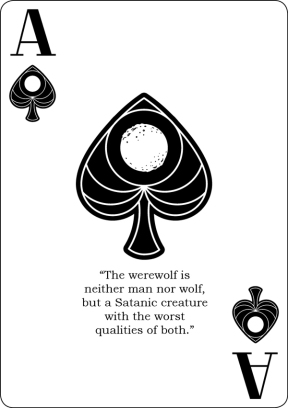 END_OF_DOCUMENT_TOKEN_TO_BE_REPLACED

These playing cards were produced by Winning Moves UK Ltd. under the trademark Waddingtons in 2008. The deck is dedicated to Marvel Heroes.

Marvel Worldwide, Inc. (commonly referred to as Marvel Comics) is an American company that publishes comic books and related media. Marvel started in 1939 as Timely Publications (founded by the pulp magazine publisher Martin Goodman) and by the early 1950s had generally become known as Atlas Comics. Marvel’s modern incarnation dates from 1961 – the year that the company launched Fantastic Four and other superhero titles created by Stan Lee, Jack Kirby, Steve Ditko, and many others. Marvel counts among its characters such well-known properties as Spider-Man, the X-Men, the Fantastic Four, Iron Man, the Hulk, Thor, Captain America, and Daredevil; antagonists such as the Green Goblin, Magneto, Doctor Doom, Galactus, Thanos, and the Red Skull. Most of Marvel’s fictional characters operate in a single reality known as the Marvel Universe, also known as Earth-616, with locations that mirror real-life cities such as New York, Los Angeles and Chicago. 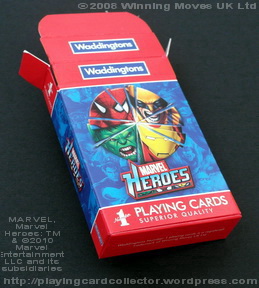