Connie Lim tries to create a playing card deck composed from 54 hand drawn illustrations inspired by fashion. She is an American fashion illustrator and designer. This is her personal art project on Kickstarter. Decks are planned to be printed by USPCC.

END_OF_DOCUMENT_TOKEN_TO_BE_REPLACED

Playing Card Art: “An Ace in the Pack” Playing Cards by Lesley Barnes

An Ace in the Pack is a personal project of the Scottish artist Lesley Barnes. She is designing a pack of illustrated semi-transformation playing cards which tell the story of four warring clans – the Spades, the Hearts, the Clubs and the Diamonds. Absolutely amazing, vivid and individual style.

END_OF_DOCUMENT_TOKEN_TO_BE_REPLACED

Stranger & Stranger is an award winning packaging design and branding company specialising in alcoholic drinks. Since 1994 they have named, researched and registered wines and spirits brands worldwide. They have created bespoke and innovative bottle shapes, labels, closures and all secondary packaging.

To celebrate the year they broke out of their alcohol comfort zone and designed premium olive oils, fine foods, luxury luggage and other new stuff, they decided to create a deck of playing cards and a special set of such decks.

As a result of this collaboration, Ultimate Deck saw the light in 2013. The deck includes 54 different artworks. The main part of them makes the cards semi-transformation playing cards. The deck was printed by USPCC. 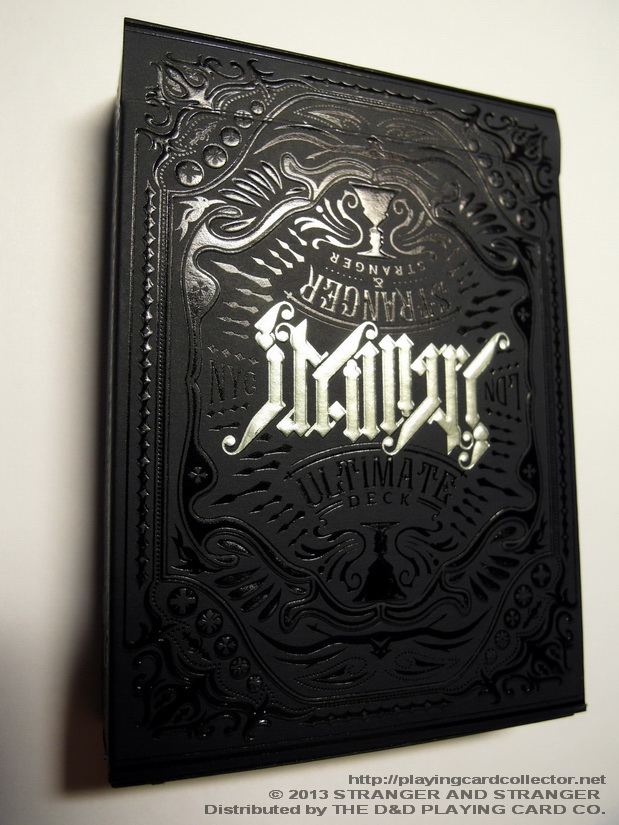 END_OF_DOCUMENT_TOKEN_TO_BE_REPLACED

Gigposters.com is a Canadian site dedicated to the artists, designers and musicians who create gig posters to advertise shows and events. It is some kind of international community for these categories of people. They are concentrated on music events. You can submit your works and take part in the community for free. Gig Posters accepts gig poster, flyers and handbills. They do not accept promotional, non-music related posters or posters for shows that did not happen. There must be at least one musical performer listed on the poster. (a band or DJ).

From time to time Gig Posters selects some artworks and produces a deck of playing cards. There are three decks at this moment. And this article is dedicated to the first one which was printed in 2005 (two other decks will be described on pages of this blog as well) – Gig Poster Playing Card Deck 1.

The tuck case is clickable

END_OF_DOCUMENT_TOKEN_TO_BE_REPLACED

This is another deck produced by Winning Moves UK Ltd. under the trademark Waddingtons in 2011. The deck is dedicated to the famous American adult animated sitcom The Simpsons.

The Simpsons was created by Matt Groening for the Fox Broadcasting Company. The series is a satirical parody of a middle class American lifestyle epitomized by its family of the same name, which consists of Homer, Marge, Bart, Lisa and Maggie. The show is set in the fictional town of Springfield and parodies American culture, society, television and many aspects of the human condition.

The debut of this sitcom was on December 17, 1989. The Simpsons is the longest-running American sitcom. The show has broadcast 528 episodes and the twenty-fourth season ended on May 19, 2013. It has won dozens of awards since it debuted as a series (27 Primetime Emmy Awards, 30 Annie Awards and a Peabody Award). This family was awarded a star on the Hollywood Walk of Fame as well as Matt Groening himself.

It is funny but Homer’s exclamatory catchphrase “D’oh!” as a spoken word is a sound trademark of 20th Century Fox and it was even included in the Oxford English Dictionary in 2001. 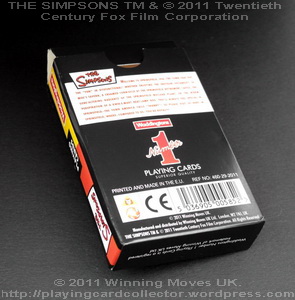