COMPLAINS ABOUT PARTIAL FULFILMENT… BUT:

“I’m making a major update about sending out the rewards. I recently gained new employment that is stable and was desperately needed. Now that I am gainfully employed, I can afford to ship more decks out. I have already sent a few and more will go out.

My first paycheck is this weekend, so a few more decks will be shipped. As I get paid every 2 weeks, I will increase the amount of decks. Those that are recieving them I would appreciate any comments that you have as soon as you get them. Some have recieved their decks recently, I would appreciate your comments as well.

I do want to avoid any legal action and just get these items shipped to everyone. Do you agree? Again, I just started working at a professional job that will enable me to ship everything out. Thank you.

Also, if your address has changed, please let me know and I will update your address on Backerkit.” ~ Juan Solorzano

These playing cards are inspired by Lewis Carroll’s legendary Alice’s Adventures in Wonderland and the Steampunk genre. The deck is designed by Juan Solorzano. It is planned to be printed by USPCC. 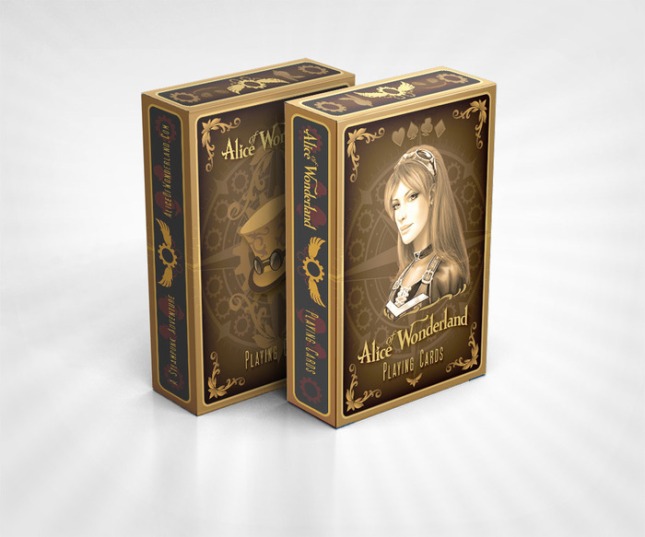 “The original Wonderland story was written and set in the late 1800’s Victorian era. The genre of Steampunk derives from that same era so it ties in nicely with the Wonderland theme.

Fairy tales are a great medium to be entertained from, and growing up I was fascinated by them. I want to take that same love and passion we all reminisce about and put them into a deck of playing cards – the cards that come from my vision of a Steampunk Wonderland. Inspired by Lewis Carroll’s (Charles Dodgson) original Alice’s Adventures in Wonderland, I wanted to take this classic story further, by continuing Alice’s Adventures as a young lady who earns the title – “Alice of Wonderland”. My deck of playing cards, as well as my main story, has a Steampunk Wonderland theme. I am keeping the traditional de la Rue design style by only illustrating the face cards and keeping the numbered cards basic, but with a hint of Wonderland.

The 4 main kingdoms of Hearts, Clubs, Spades, and Diamond, rule Wonderland. I am including Alice, the Hatter, the Cheshire Cat, and the White Rabbit as the Joker playing cards illustrated in full pose and in the same black and white line art as the royal face cards.” ~ Juan Solorzano

You could pledge here: http://kck.st/19IXeTN

Juan decided to change his design a little and to add colour to it. Black & white deck is now planned to be the Silver Edition. 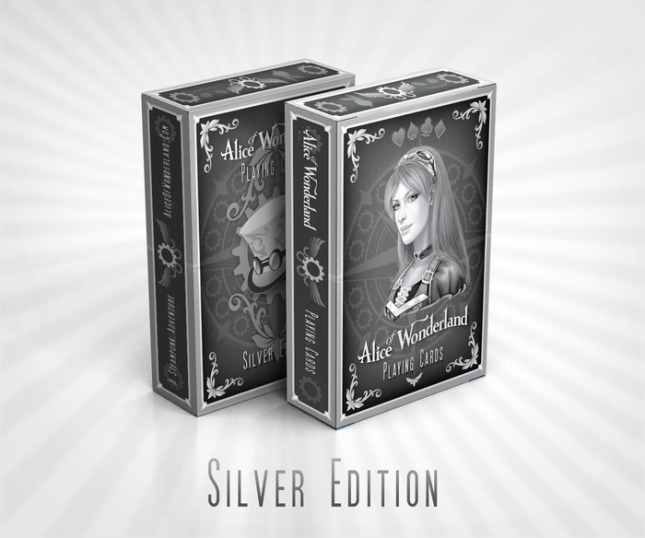 The King of Hearts + The Queen of Hearts 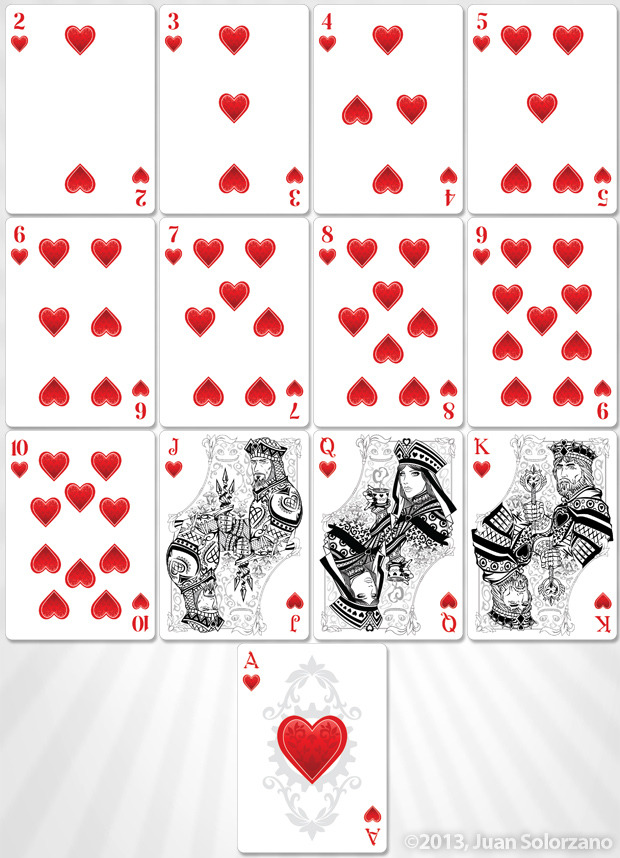 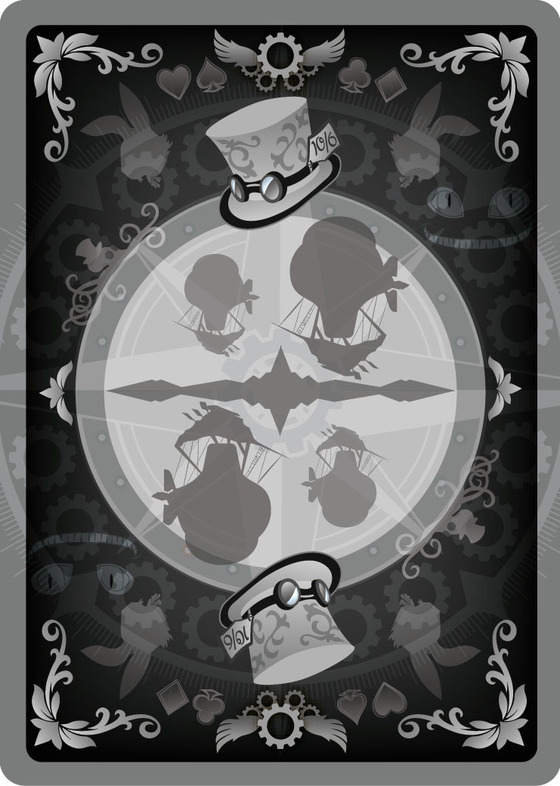 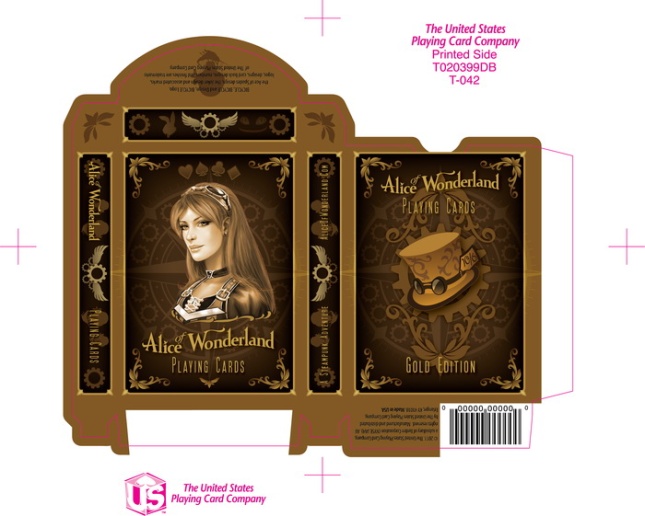 The Ace of Hearts

The Jack of Hearts

The King of Hearts 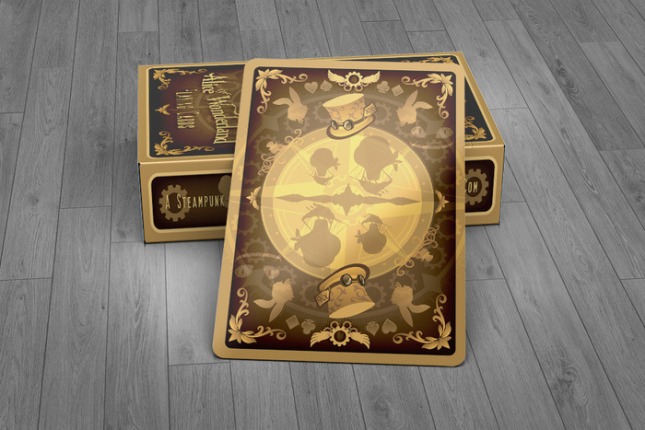 The Hatter for t-shirts

Posted by Collector on 29.06.2013 in Deck of Playing Cards, Kickstarter, USPCC