DeviantART: The Fool of the World Playing Cards by Emily J Sampson

Several playing cards designed by the American artist, Emily J. Sampson (EJSCreations), as a project. This is a very interesting variation of symmetry in court cards. Such court cards can be nice for transformation decks.

The idea of the project was to design four playing cards on the basis of some fairy- or folk tale. She chose the Russian folk tale “The Fool of the World and the Flying Ship” (“Летучий корабль”).

Some brief description of the story for better understanding of the playing cards you can find here. Or you can see the International Emmy award winning British stop-motion adaptation of this folk tale***

The King of Hearts is the Tsar who had to swallow his pride.

The Jack of Hearts is the fool who turned into a royal person. 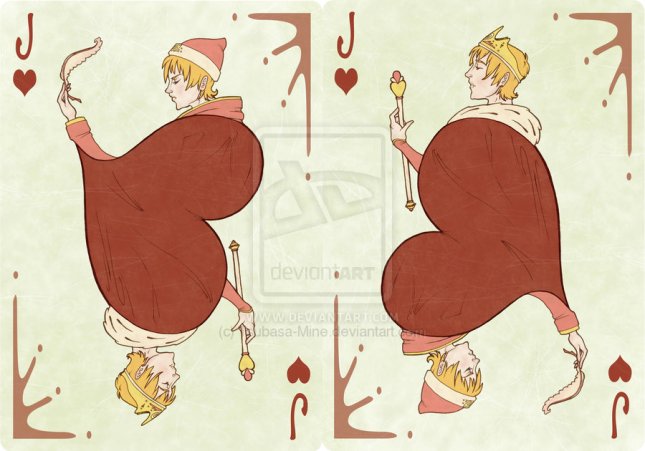 The Eight of Hearts is a warrior from the fool’s army. 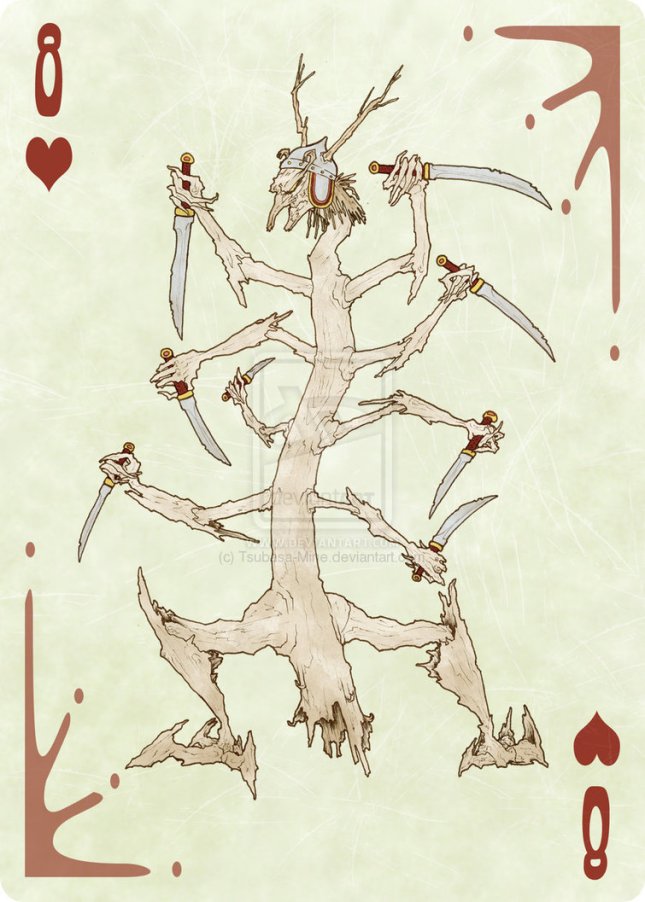 The Fool of the World and the Flying Ship