The complete set of kings and queens of each traditional suit of playing cards, represented as different spirits of the voodoo pantheon. Voodoo deities are usually represented by images of catholic saints rather than direct depictions, so these portraits are derived from author’s own vision of them.

Voodoo is a syncretic religion practiced chiefly in Haiti and the Haitian diaspora. Practitioners are called “vodouists” or “servants of the spirits”. Vodouists believe in the distant and unknowable the Creator (god Bondye). Bondye does not intermediar in human affairs. So vodouists direct their worship toward spirits subservient to Bondye – to Loa. Each Loa is responsible for a particular aspect of life. Vodouists cultivate personal relationships with the Loa in order to navigate their daily life. They present offerings, create personal altars and devotional objects and participate in special ceremonies of music, dance and spirit possession.

Baron Samedi is one of the Loa. He is a Loa of the dead and the head of the Guédé family of Loa. “Samedi” means “Saturday” in French. His wife is the Loa Grann Brigitte. 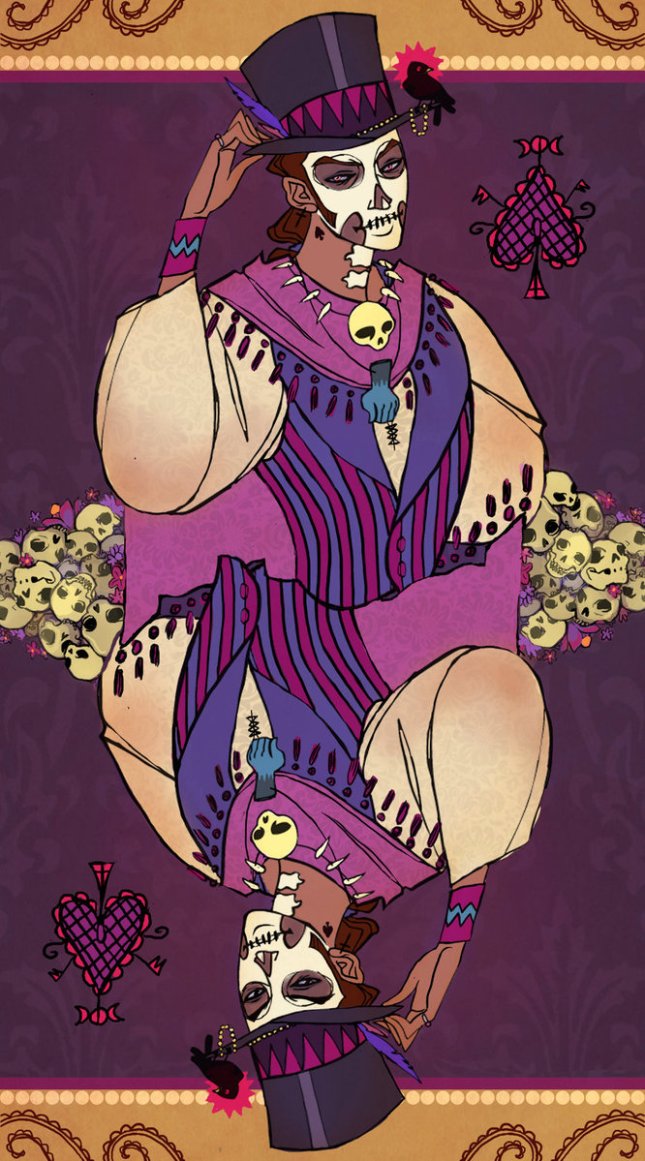 Ogou is the Loa who presides over politics, war, hunting and iron. He is usually displayed with specific attributes such as a saber, rum and tobacco. He is one of the husbands of Ezili Freda. 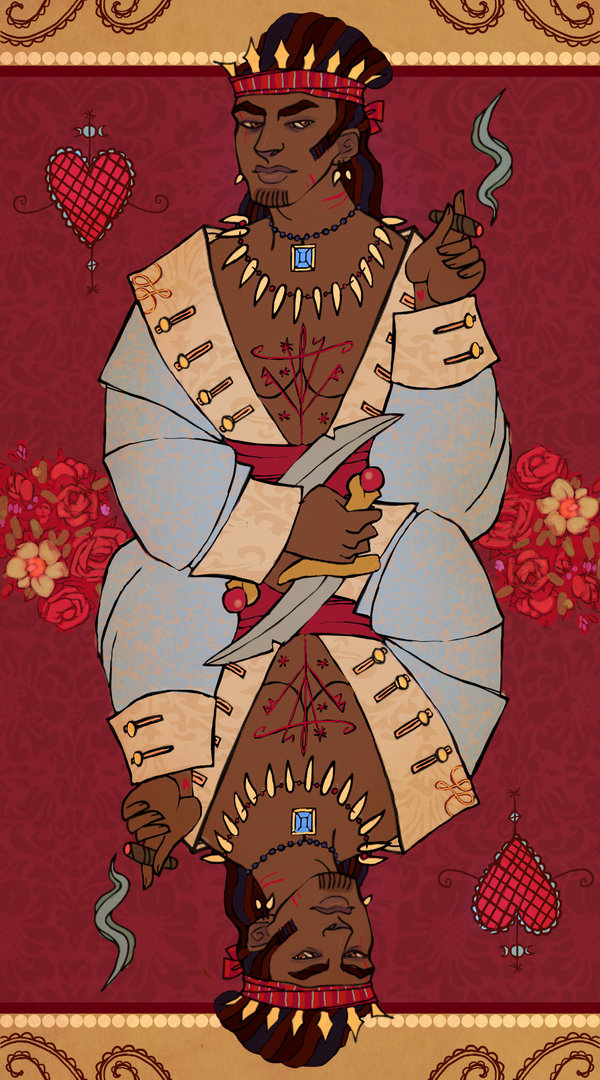 Damballah is one of the most important of all the Loa. He is the Sky God and considered the primordial creator of all life. The veve of Damballah comprises two serpents prominent among other emblems. He is the husband of Ayida Weddo and one of the husbands of Ezili Freda. 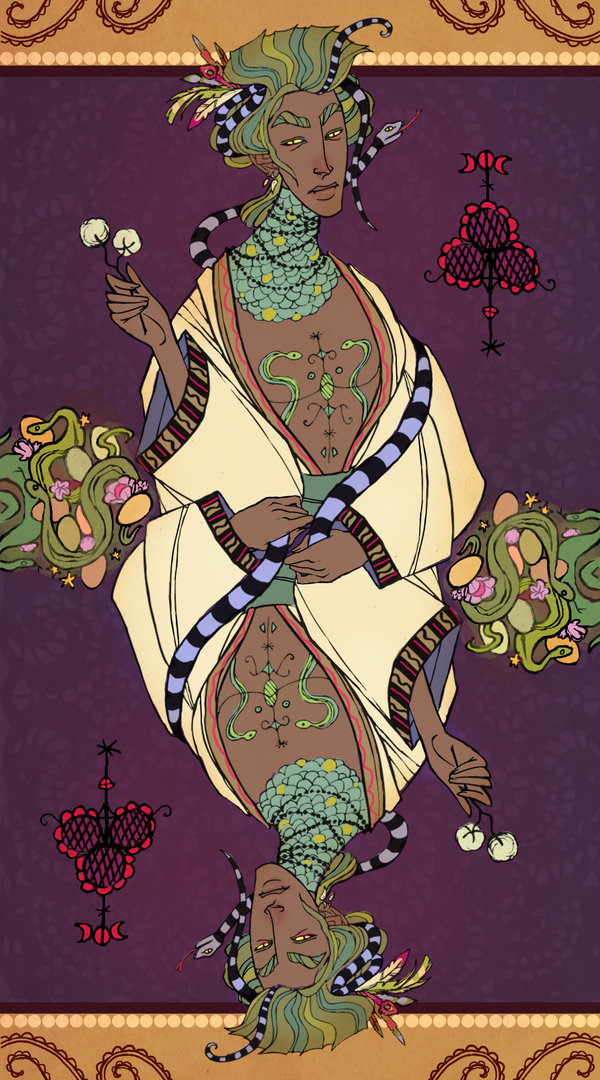 Agwe  is the Loa who rules over the sea, fish, and aquatic plants. He is also the patron of fishermen and sailors. He is considered to be married to Ezili Freda and La Sirene. 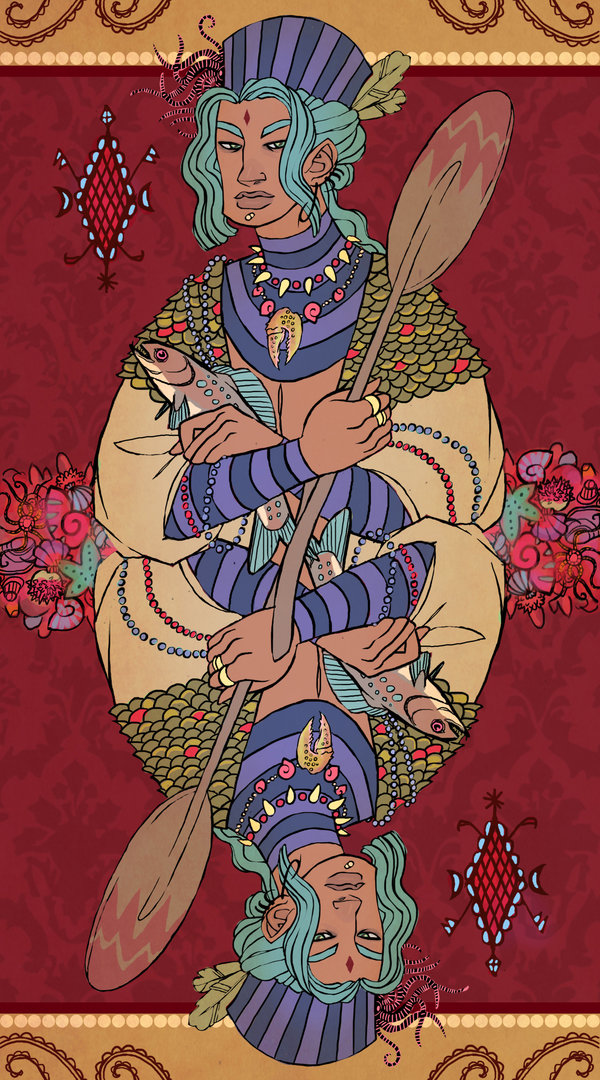 Gran Brigitte is a death Loa. She drinks rum infused with hot peppers and is symbolized by a black rooster. Gran Brigitte protects gravestones in cemeteries if they are properly marked with a cross. She is the wife of Baron Samedi. 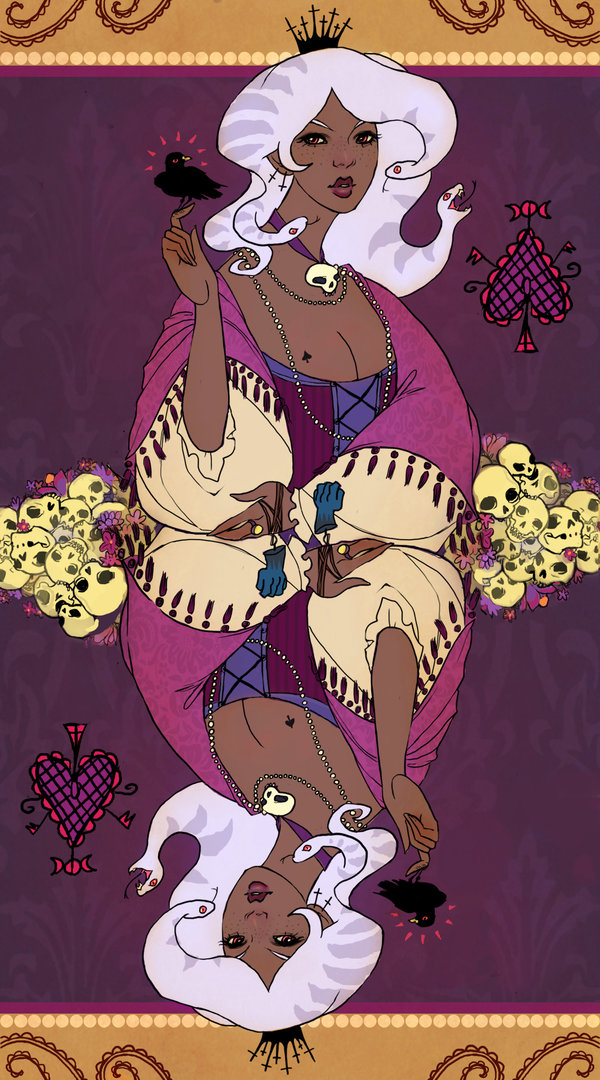 Ezili Freda is a Loa from the Rada family. She is the Loa of love, beauty, jewelry, dancing, luxury, and flowers. Ezili  wears three wedding rings –  one for each husband – Damballa, Agwe and Ogoun. Her symbol is a heart and her colours are pink, blue, white and gold. Ezili’s favourite sacrifices include jewellery, perfume, sweet cakes and liqueurs. 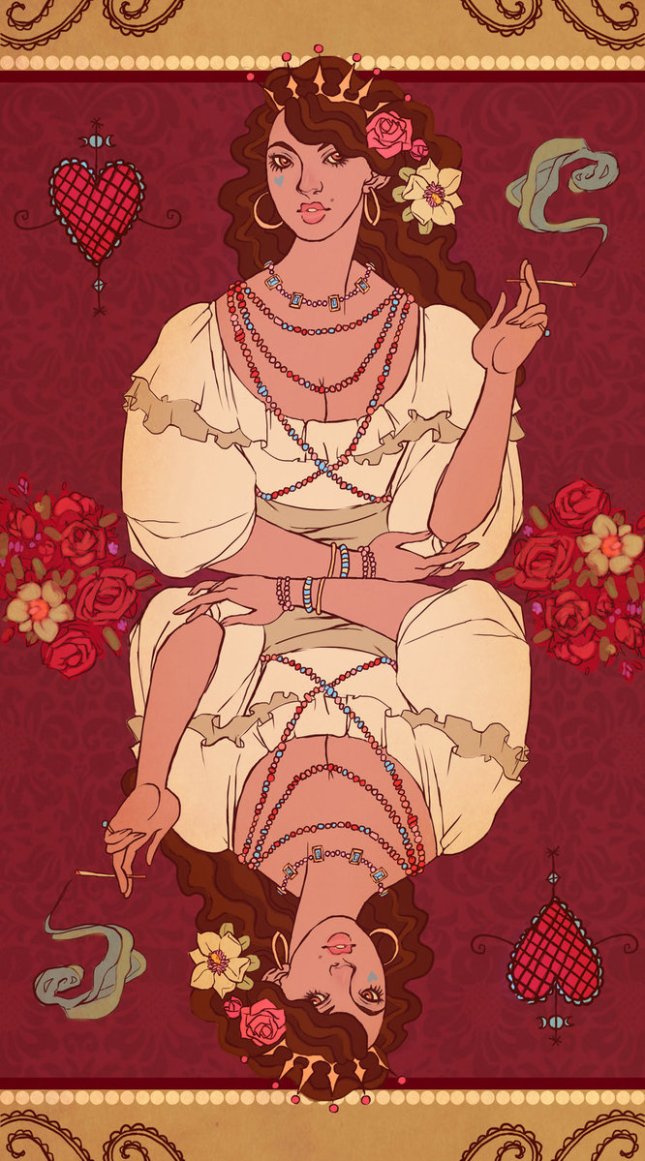 Ayida Wedo is the Loa of wind, rainbows, water, fire, fertility and snakes. She is known as the Rainbow Serpent and the wife of Damballah. 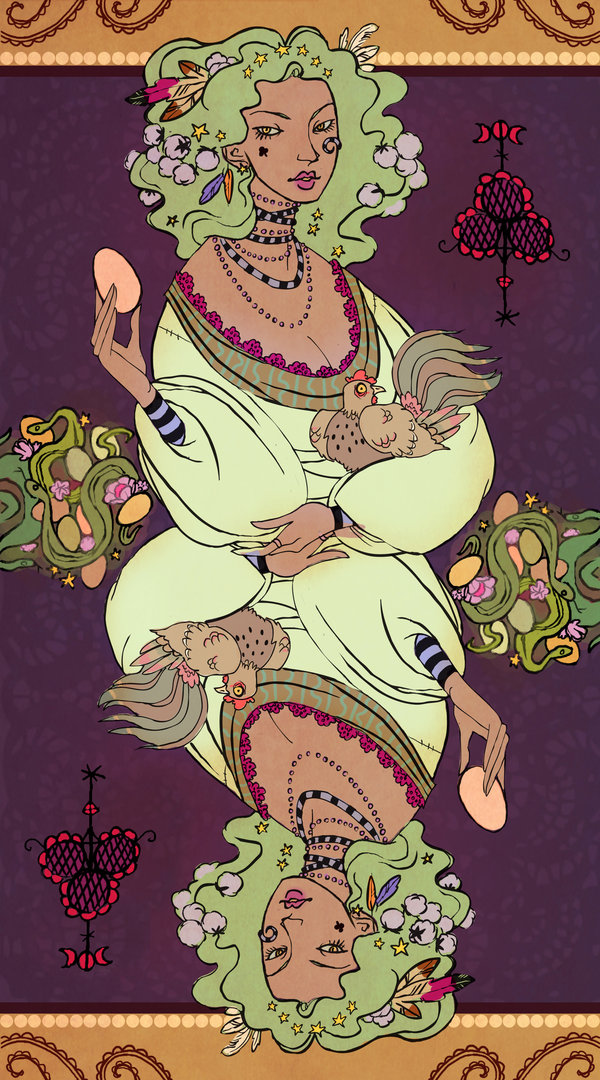 La Sirene is associated with Erzulie and sometimes is displayed in Erzulie’s roles as mother, lover, and protector. Her husband is Agwe. She is often described as a mermaid-like figure with a woman’s upper body (often nude) and the hindquarters of a fish or serpent.

The picture of the Queen of Diamonds isn’t suitable for persons under 18 years old. If you are 18 years old or older you can see it here [password: 18]