Aquatic playing cards designed by Nicole Avena – the designer from Florida (United States). This card deck exhibits a mixed abstraction of both realism and collage. While the back of the deck is intended to encourage an ocean, the photographic element of the torn pieces, range from dark to light, from sea bottom to surface. The illustration is then broken up by undulating white lines, acting as the white crest of ocean waves.

She broke the suites up into 4 phylum of sea creatures: Mollusca, Chordates, Cnidarian, and Arthropods. The symbols of the coral, clam barnacle, and puffer fish denote the most basic creatures of each phylum. As the incremental value of the face cards increase, so does the threatening nature of each creature in that phylum. 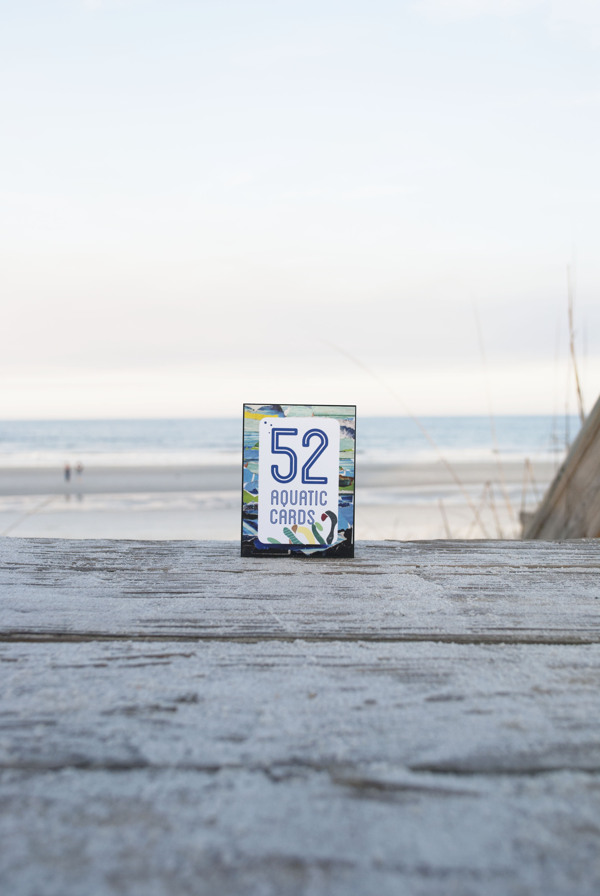 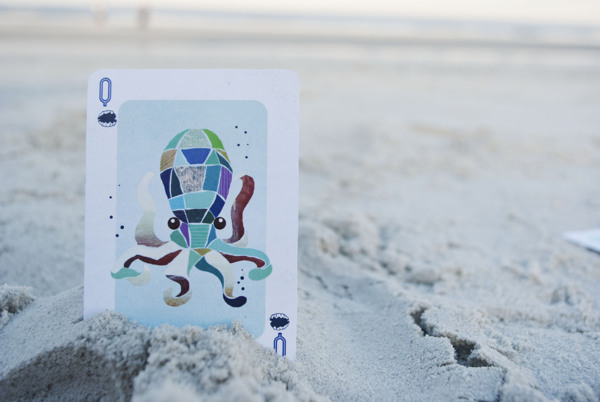 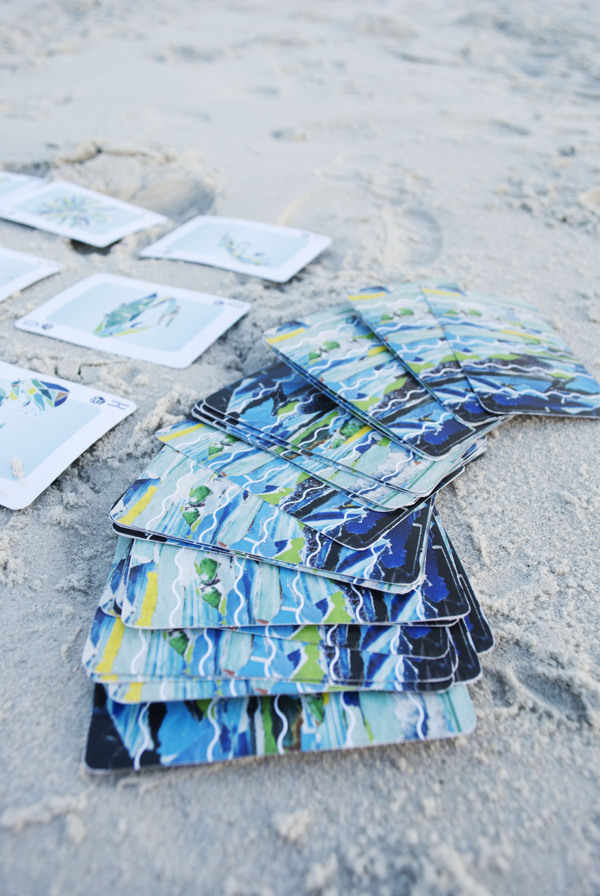