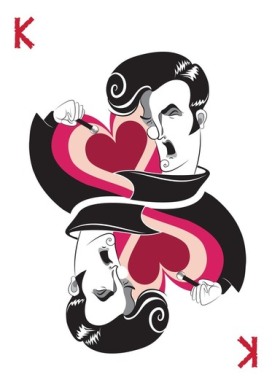 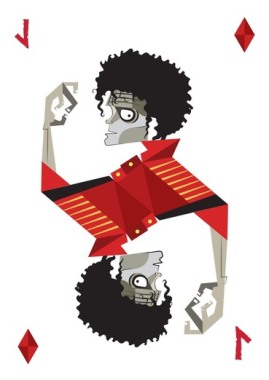 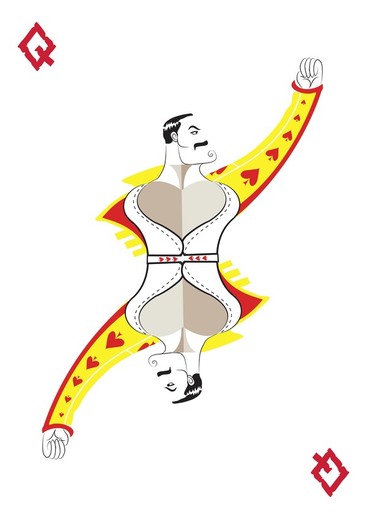 Elvis Presley is often referred to the “King of Rock and Roll” or as “the King” – The King of Hearts (Love Me Tender).

Michael Jackson – The Jack of Diamonds (Thriller) Actually he is often referred to as the “King of Pop”. So I think he can be The King of Spades or Clubs in a Music Stars Deck (Rockcards?).

Freddie Mercury was a British musician, singer and songwriter, best known as the lead vocalist and lyricist of the rock band Queen – The Queen of Spades (Live at Wembley Stadium).

Overall these are nice.

Ella Fitzgerald – The Quenn of Jazz (The Queen of Clubs) ?

It will be easier with alive people.