Carnival Deck was produced by Lo Scarabeo (Italy) and printed by Modiano (Italy) in 2006. Bridge size. 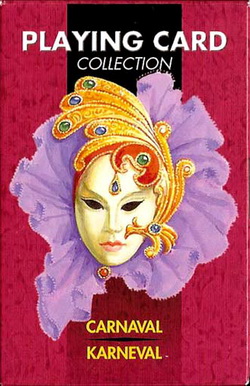 It is said that the Carnival of Venice was started from a victory of the Most Serene Republic of Venice (“Repubblica della Serenissima”) against Ulrico the Patriarch of Aquileia in 1162. Aquileia is an ancient Roman city in Italy. Ulrico tried to extend his authority over Venice.

People started to dance and make reunions in San Marco Square in the honor of the victory. The festival started on that period and became official in the Renaissance.

Venetians were famous for being libertines and for transgression – they didn’t just use masks during the official Carnival. Putting on a mask in Venice meant taking forbidden liberties: you could jibe at the powerful, gamble without being caught, take risks over love or business deals and even enter convents without being seen. A numbers of restrictive laws passed on dressing up prove how widespread the habit was.

Maskmakers (mascherari) have a special position in the Republic. They had their own laws and their own guild. Venetian masks could be made of leather, porcelain or with the original glass technique.

With the beginning of the Austrian rule after the fall of the Most Serene Republic of Venice the festival was entirely outlawed (in 1797) and the use of masks became strictly forbidden. The Carnival returned to operate only in 1979 – the Italian government decided to bring back the history and culture of Venice and decided to use the Carnival as the centerpiece of its efforts.

There are two main categories of traditional types of Venetian masks. 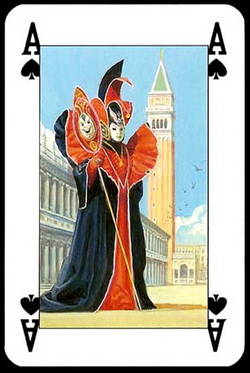 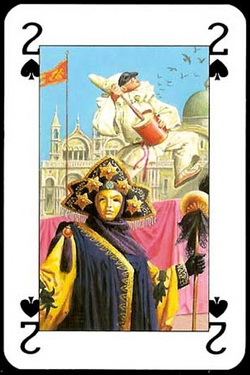 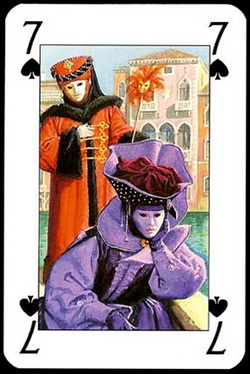 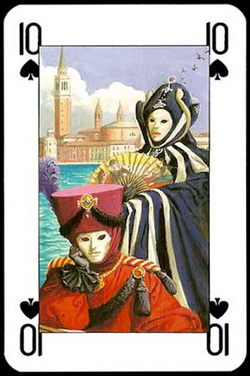 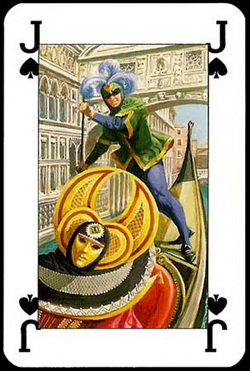 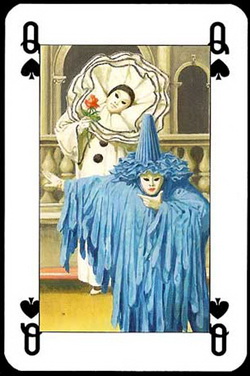 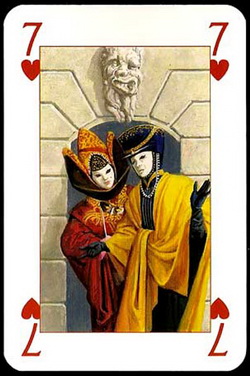