These playing cards (a project) were designed by Hungarian artist AXL (nickname). His main inspirations for creating the deck were: the black and white world of the film noir genre, paper collages and the style of cigarette cartons with parallel lines and geometric shapes. AXL adhered to the rotated figures of traditional playing cards and he also kept the line-drawing style.

The artists used the four suits of playing cards to describe the different groups of characters. Basically the figures under the same sign are together, like they were in a film situation. He revealed the face and only one hand of each character to explore its personality and insider intensions. AXL also put symbolic objects around them to show their occupations or interests. There are some additional symbols on the ten cards too which can help with additional identification of the characters. 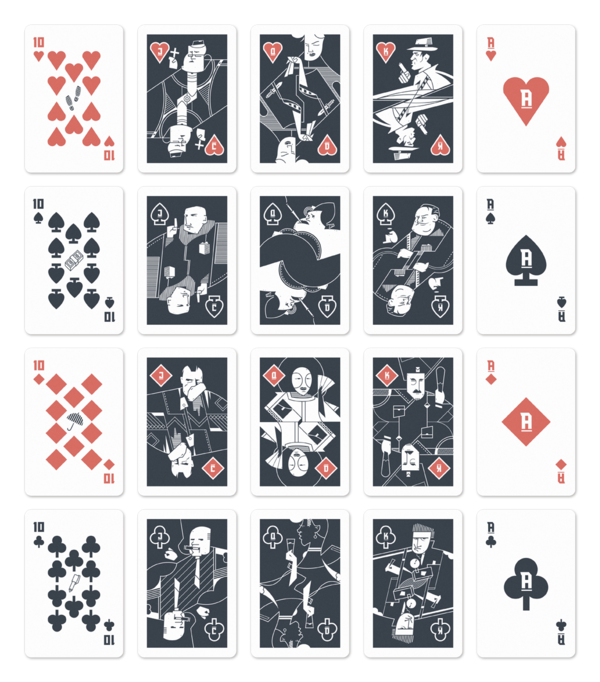 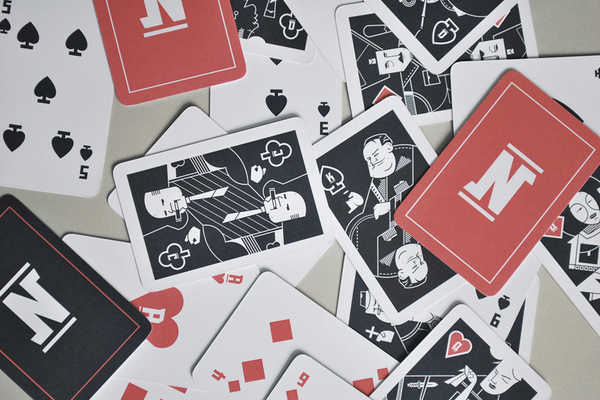 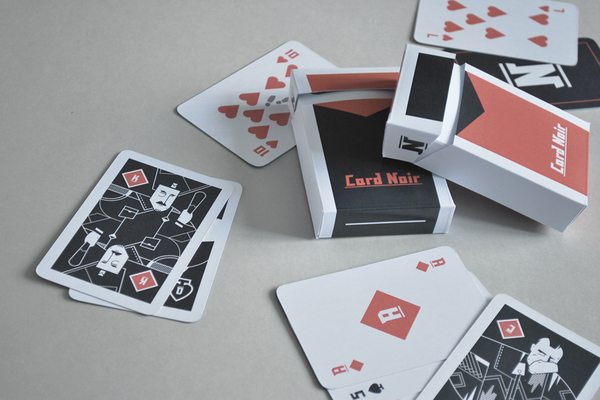