This project consists of the creation of a typographic playing cards based on a typeface given to the student by lottery. The student selects the theme, motif and approach to create an attractive design made of type ONLY. They are not allowed to use shapes, illustrations or any other element that is not typographic.

These are typographic playing cards based on the TV series “Supernatrual”. Sara (US) wanted her cards to feel creepy with religious undertones. Each suit’s colours were chosen based on the four categories of creatures that are featured in Supernatural: monsters (green and red), demons (red and purple), spirits (purple and blue), and angels (blue and gold). Typeface: Caslon Pro.

Supernatural is an American supernatural drama television series created by Eric Kripke (first broadcast on September 13, 2005). The series follows two brothers as they hunt demons, ghosts, monsters and other figures of the supernatural. It is produced by Warner Bros. Television (in association with Wonderland Sound and Vision). 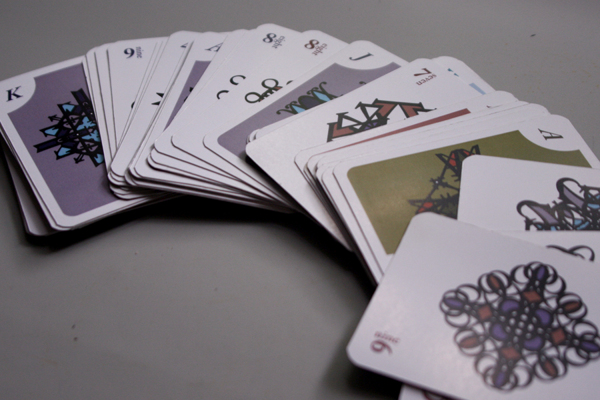