Pan Am Playing Cards (project) were designed by the American artist Lisa Lam. Playing cards are dedicated to Pan American World Airways (commonly known as Pan Am). It was the largest international air carrier in the United States from 1927 until its collapse on December 4, 1991 (was sold to Delta Air Lines). 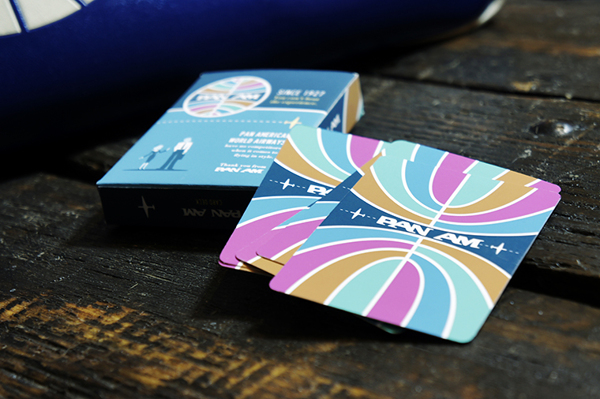 “When the assignment was handed down to create a design-driven deck of cards, I didn’t have to think twice about choosing Pan Am as my theme. Pan Am is a pop icon on the rise. It isn’t popular enough where a current high school student can identify the brand, but the potential to use it as a hip and visually appealing subject was all there.” ~ Lisa Lam © 2013 Lisa Lam

Lisa wanted to make all cards unique but to keep them in the same style. She used a style of decorated tarot cards for the face cards and drew images of pilots, stewardesses, and station managers for them. The idea was to focus people’s attention on the uniforms because the uniforms signify the classy brand of Pan Am to the audience. Each stewardess is from a different decade. So Queens show off a different uniform and hair style unique to that era.

Big letter “A” on the Ace of Spades indicates “ace” and “airport” at the same time. One of its sides imitates a runway with an airplane taking off (or landing).

Each card has its “name” on it made as an airport sign. Lines which connect the “names” with sides of cards imitate aerial loops. Also Lisa changed pips to reflect the logo of Pan Am. 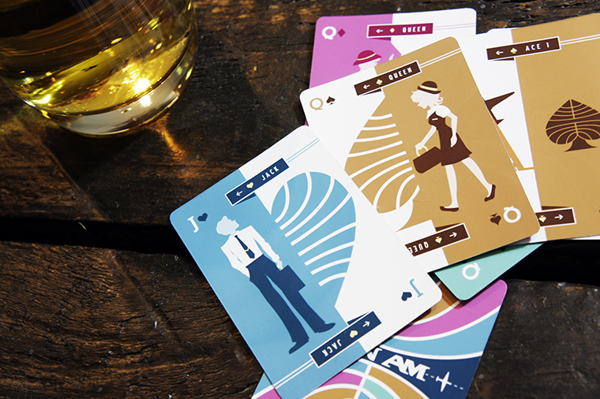 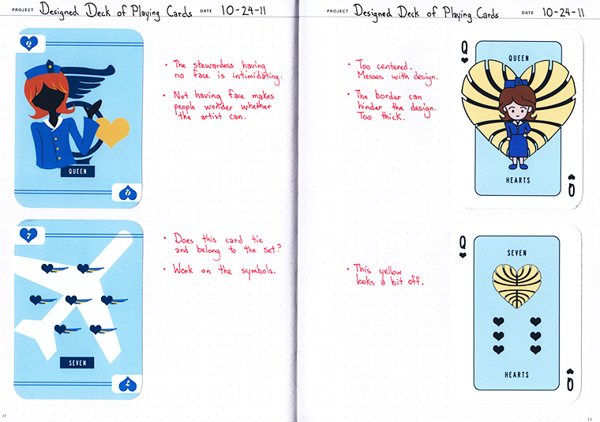