The postage stamps of Japan are issued by Nippon Post. This is an unusual stamp as it features a playing card. It was issued for the 6th World Conference on Smoking and Health in 1987. 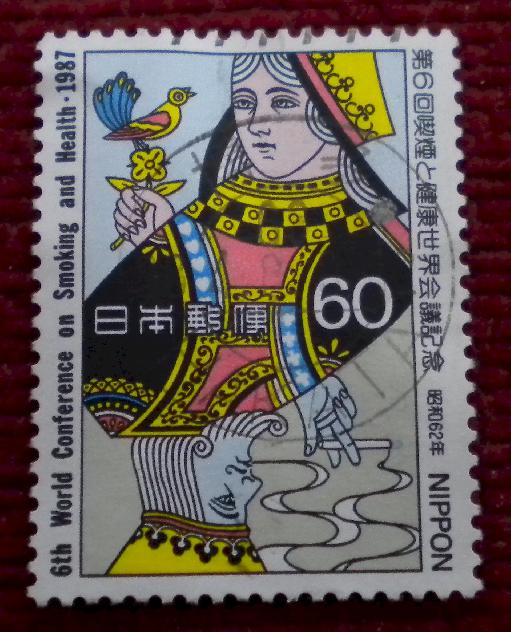 3. The French Government issued a postage stamps bringing attention to the theft of Cézanne’s The Card Players in 1961. 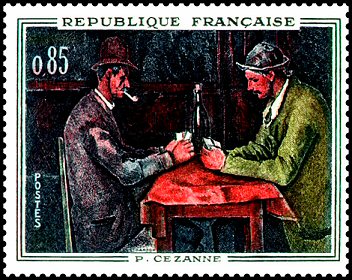 4. One of Cézanne’s The Card Players were featured on a stamp issued in Rwanda (1980).

6. The stamp dedicated to the Seventh Regional Bridge Tournament (Barbados, 1978). 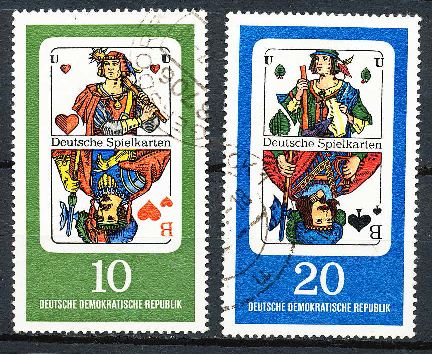 8. Macau is called the “Las Vegas of Asia” due to its numerous casinos. Macao issued a series of stamps with four games of chance (1987).

9. The Dutch stamp dedicated to some Bidge Olympiad. 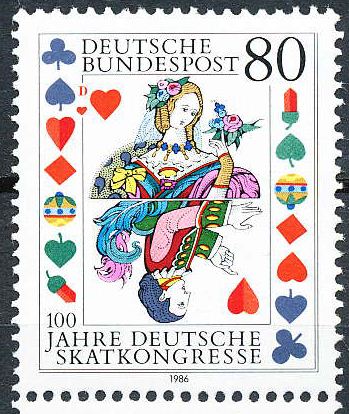 11. Stamps dedicated to World Bridge Championship. They were issued in Bermuda (1975).

12.  Stamps dedicated to Central-American & Caribbean Bridge Championship. They were issued in Netherlands Antilles (1977).

13. Stamps commemorating Bridge on the island of Wallis in 1994. 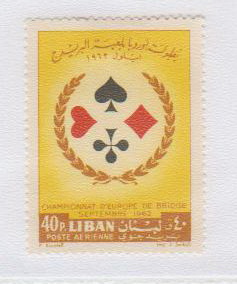 17. A stamp commemorating the Disabled Bridge Olympiad. Issued in Netherlands (1980).

19. Stamps commemorating the World Bridge Championship in 1965. Issued in Lebanon.