The Two of Diamonds – Nemesis (Fortune and Retribution)

“In Greek mythology, Nemesis is the spirit of divine retribution against those who succumb to arrogance. The word originally meant “the distributor of fortune”, neither good nor bad. According to some legends, Nemesis produced the egg from which hatched two sets of twins, including Helen of Troy.” ~ Anna

The Three of Hearts – Narcissus & Echo

“Narcissus was a hunter renowned for his beauty. This name – Narcissus – originally meant “sleep, numbness”. He was exceptionally proud and even disdained those who loved him, including Echo the forest nymph. As divine punishment for having too much pride, he fell in love with his own reflection in the lake, and died as a result of not being able to leave the beauty of his own reflection. Oh yeah, he was 15 years old.” ~ Anna 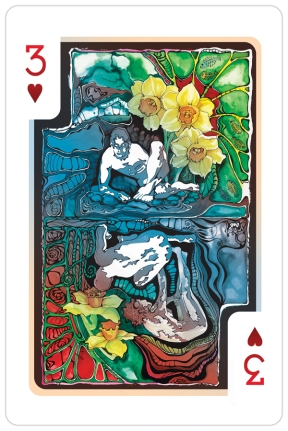 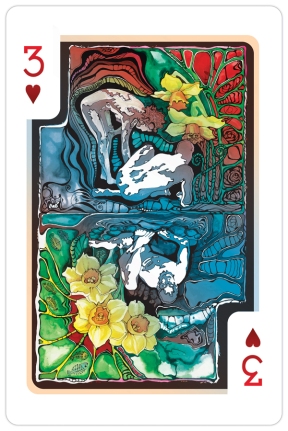 The Eight of Clubs – Elpis & Moros 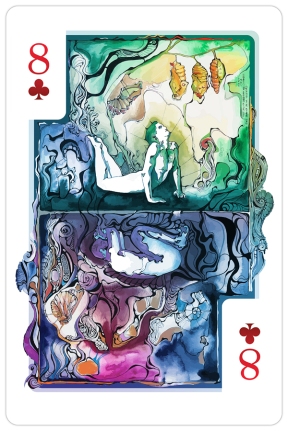